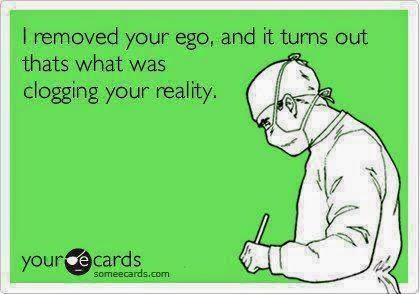 I moved to Austin originally in 1983 to attend the University of Texas.  I lived here for 24 years and then moved to Long Island (New York) for five-and-a-half years.

Then we moved back to Austin.

Except, we didn't move BACK, really, because Austin is a completely different place.

I mean, things are more or less in the same LOCATION that they always were, but everything else is different now.

I realized on a few weeks ago as I endured the total nightmare of traffic, crowds, dogs, drunks and pedi cabs in order to pick my daughter up from Blues On The Green, that this Austin is just a different place.

And the cognitive dissonance I have is that it still kind of LOOKS the same.

I had a small breakdown as I was trying to find Katherine. I got yelled at by a policeman and some pedestrians, narrowing avoided running over a dog who jumped out into the street in front of me, drove right past my daughter twice because I couldn't stop, found myself in the wrong lane and unable to get over...it was just chaotic and frenzied and there were SO MANY people. I felt blind-sided.  It was kind of like thinking I was going to the local Farmer's Market and ending up in the middle of Times Square.

I don't do well in those kinds of situations.  I function a lot better if I know what to expect.

Which, or course, started me thinking about how much suffering is caused by my holding on to notions of how things SHOULD BE, rather than surrendering to the reality of how things ARE.

I can think of all kinds of examples of this, especially regarding my children. Their childhoods look like my own in a lot of ways, but really, they are completely different.  Different parents, different world, and they are vastly different people. I keep wanting to manage their childhoods so they can avoid the things I feel were mistakes in my own. And over and over again, it turns out to be a self-defeating theory of action--the very thing I seek to avoid happens anyway. It's kind of like when you're trying to avoid a pothole in the road and you inevitably drive right over it.  (Okay, maybe that's just me.) And it's exhausting and disheartening and depressing.

And, you know, it's also damaging to my relationships with them.

That's a really big pothole. That's a pothole I could spend YEARS crawling out of.

I'm pretty sure the answer is to let them go with grace. The reality is, my kids are getting input and guidance from a lot of sources and I am just one of those. My expectations are out of alignment with reality.

But how to be okay with that? How to be unattached to the results, how to recognize that their paths are their own and that all I can do is be there for them and model health--mental, physical, and spiritual health--and then let them fly free? I can offer guidance, but the trick is to not take their rejection of that guidance personally. I see so many people who are unhealthily enmeshed with their children --who see their children as extensions of themselves, rather than thinking, feeling individuals. I don't want that. I don't want to weigh my kids down with my expectations for them. I want to revel in the reality of who they are--they are amazing people!

During my yoga teacher training, someone asked Sri Dharma Mittra about the dog that is his constant companion, Baxter. "We had this friend who lived with us for a while named Dov.  Baxter is his dog. But when he moved out, he couldn't take Baxter with him because his landlord didn't accept pets, so the dog stayed behind."

Shaatie said…
No, it is not easy. There a potholes in everyday and every lifetime, and the more you concentrate on missing them, you bring them right to you.

Very good column, made me think about what I'm doing.

Being a parent and letting go when you must become a friend is a tough call.

tanita✿davis said…
While I take Sri Dharma Mittra's point about the fluidity of the relationship he wants to have with his child, I would feel deeply rejected if my mother ever casually referred to me as 'a friend who used to live with us.'

(My father can refer to me as a random dog-owner, though; this would be an improvement.)

Having no children, I can't empathize fully, but I do will point out that even that you're thinking about this actively in the now, and not in the "they're twenty-seven, and I see all the mistakes I made" is A Good Thing. Keeping communication open so that you each know what you're attempting to do, even if it's unsuccessful, is important.
June 12, 2014 at 2:36 PM

Barb Matijevich said…
No, Tanita, I must not have done it justice. The way he said "friend"--it was so lovely. There was no ownership there, no wry, "My kid stuck us with his dog." It really stayed with me. This calm acknowledgement that a friend had been entrusted to their care, and when the time was right, he moved out. I hope I can let my own kids go with such grace.
June 12, 2014 at 3:39 PM

the distracted painter said…
Do you know how many times I have explained to my son that I don't want him to make my mistakes? He has looked at me and said" We are not the same person". But I did not hear him, I heard only my fear talking.You put things into perspective so well and I am very grateful. As I type, I am getting my sons application forms ready for various high schools. I am terrified I will make the wrong choice and he will somehow suffer because of it, but he tells me he knows which one he wants to attend even though I have my reservations because it would not be MY choice. Your article in timeous !! I will apply to the one he wants to attend and support him in his journey.Great article, Barb! ps. I loved how Sri Dharma Mittra referred to his son as friend.Such a healing thought when most consider a grown child's departure a loss.
pps.just keep writing please!
June 12, 2014 at 4:36 PM

Suburban Correspondent said…
A wise friend once said to me, "We just need to understand that our children DO NOT want to learn from our mistakes; they will only learn from their own."
June 12, 2014 at 5:16 PM

smalltownme said…
I have learned my sons have their own paths to follow and while I would have liked more independence from one and less from the other, I've got no control over it. It's their walk.
June 13, 2014 at 12:11 PM

Claudia from Idiot's Kitchen said…
I don't have children but I do have parents so I will say that I suspect you are doing a better job than you think. Just by writing this thoughtful post, you are more aware and more sensitive to your relationship with your kids than most. And yes, to what SC said...very thoughtful and true.
June 24, 2014 at 1:36 PM