Ushering In a New Half Century

I'd been thinking for a long time that I wanted to thank people for sticking by me during what I think of in my mind as the Great Transformation. After the pain years, as I made my way back into the world, I found a new way of being in it that is more closely aligned with my fundamental self. The (probably) alcoholic Party Barb has given way to a teetotaling, vegan yogi who would rather talk to you about things spiritual than go to happy hour. Who would rather talk about composting than go shoe shopping. (Well, okay, that's not new.) Who isn't going to sit down and eat wings and watch football --not that there is anything wrong with that, it's just not for me. I'm just different now.

Change is hard, not only for the person working to change, but for the people who have to find a way to adjust to the changes. I really wanted a way to say thank you to those people who understood that this was less of a choice and more of a calling, and who showed up so big in supporting me.  Part of the cognitive dissonance of moving back to Austin was coming back to our old life as a different person. It's had its moments of discomfort and loss, and it's had moments of discovering new, meaningful friendships with familiar faces. I am just so grateful for the willingness of most of the people in my life to see this new me and accept me with wide, open hearts. I am really blessed. 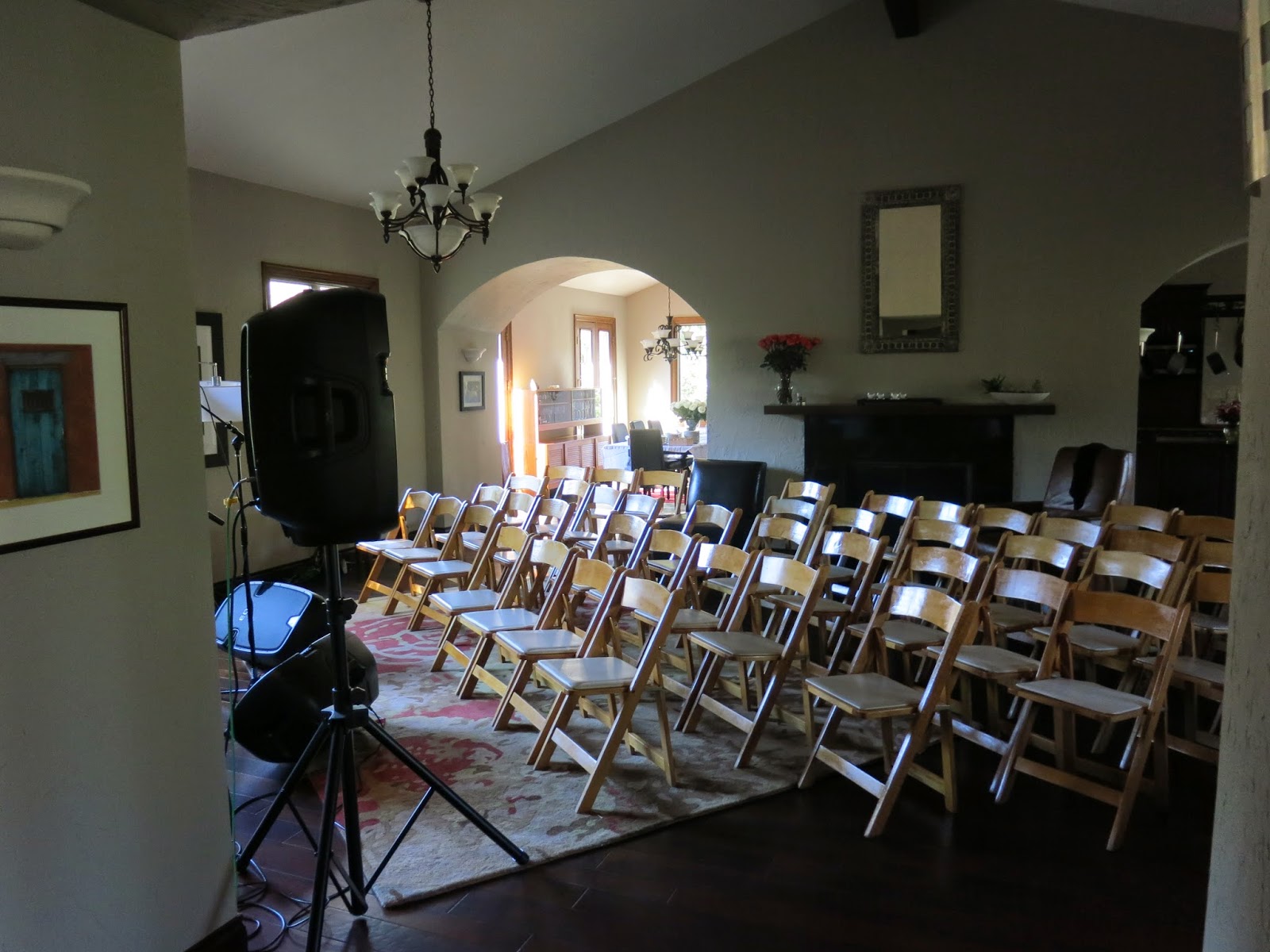 So, we had a big party at the house on February 19th, the actual day. It's hard to describe how much it meant to me. It was...

I will live for a long time on the joy of that night.

I wanted a way to honor some people and entities who played a role in my journey. We collected donations for the Capital Area Food Bank, which was the first place I worked in the non-profit world after college, which I think was a precursor to living a life of service, although I didn't know it then. And we had Whole Foods do the catering because Whole Foods has been instrumental in the enormous dietary changes I've made. I'm not sure how you can be a gluten-free, sugar free, caffeine-free vegan if you lived in a town without a Whole Foods. (Well, I know it can be done. Maybe I would have risen to the occasion and actually, you know, COOKED SOMETHING or something really outlandish like that.)

We were lucky enough to have Darden Smith play a house concert. If you don't know Darden's work, he is an amazingly talented singer/songwriter, and a fantastic storyteller. Also, a genuinely nice guy. He created a program called "Songwriting With Soldiers" that speaks right to my heart, as you might assume given the story of my dad. Anyway, having Darden play seemed like a great idea to this introvert because I could get a lot of the people I like best in one room, but not actually have to figure out what to say to anyone! Win/Win.

Darden himself has been instrumental on my path because about four months after we moved back to Austin, we were lucky enough to see him at a house concert (which is where I got the idea) and he said something that I've carried with me ever since. He was talking about how at some point he realized that the life he was living didn't look anything like the life he THOUGHT he'd be living, but that it was exactly the life he was SUPPOSED to be living.

So I saved the yoga money and was able to have him come play. His concert and the whole evening were everything I could have imagined and more. It was just magical. I wish you all could have been there.

And then, my lovely Ziggy (the artist formerly known as Ana and then Katherine) worked up The Adventure Song on guitar as my present. Years ago, the girls and I dubbed the Indigo Girls' song "Get Out the Map" our Adventure Song. We played it for every single trip that could have remotely been considered a possible adventure--from going to the grocery store to driving across the country. I have heard this song, conservatively, about 64 million times and each time, when it gets to the line about, "I'm going to love you good and strong while our love is good and young," I smile. Every. Single. Time. Because my loves are good and young.

Here's the moment as Coop caught it on video.  A little messy, a little raw (for a song I've heard that many times, you'd think I would know the words,) but a moment that will be forever etched right into my heart.

Gary's third pottery blog said…
Oh wow :) As a person who also had a rocky early 40s with health problems and came out on the edge of 50 super healthy I admire others who don't give up but make themselves better than before. Congrats!
February 22, 2015 at 4:54 AM

tanita✿davis said…
Oh, what fun to sing and have music at a party. What a FABULOUS introvert idea. And happy birthday to you! Sto lat! May you have one hundred years more (metaphorically, if not literally).
February 23, 2015 at 2:30 PM