Asking For a Favor

In my Life Before Children, I was a professional fundraiser for non-profits. I spent more than a decade of my life being woefully underpaid, doing the work of four people, and working insane hours --all fueled by a genuine passion for the people I was serving.  Since I retired from that profession, I've done a little bit of fundraising here and there for good causes, but I've really avoided going all-in on any one issue, because I was pretty burned out and tired. It's an unfortunate side effect of burning the candle at all ends that at some point, you're kind of left without a candle. 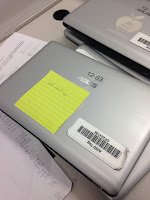 Many of you know that my older daughter, Ziggy, attends an academically advanced public magnet high school, The Liberal Arts and Sciences Academy (LASA.) It has been a good fit for her prodigious brain, as well as her creative talents. She's done really well there.

Her school is consistently ranked among the finest in the nation. In 2015, LASA is ranked as America’s 9th smartest high school by Business Insider  and as the 6th best out of 1869 Texas high schools by US News and World Report. Here, just look at the colleges that LASA students went to after graduating last year. This year, the school has 33 National Merit Semifinalists! 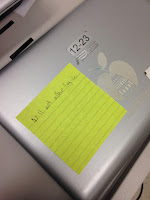 So, earlier this year, my friend Marcia, whom I first met while working in the non-profit world and who never lost her energy and enthusiasm for that kind of work, and who is one of the smartest and most engaged and aware people I've ever known, contacted me asking if I might help her write a letter to solicit donations for LASA. Her son attends LASA and she, get this, volunteered to be on the fundraising committee.

So, I agreed.  Because Marcia asked.

I swear I only agreed to help write a letter.

But here's the thing: the more I learned, the more I wanted to do more than just write a letter. I have long admired the amazing staff and faculty at LASA. (The Principal is just an amazing example of the exact right kind of leadership we need in our schools. I could gush here for a long time, but suffice to say, she makes ME want to go back to HIGH SCHOOL.  And if you knew me in high school, you'll recognize that this is simply... unfathomable.)

What I didn't realize about LASA, though, is that the school district does not provide any special funding for the magnet programs, and LASA, seriously, operates on the thinnest shoestring budget ever.  I cannot imagine how they consistently pull the kind of rankings they do, and have the kind of results they have. 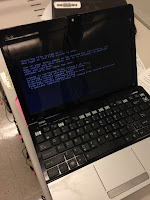 Which brings me to the point of this blog post. This year, there is some bond money available to help replace the decrepit student computers, most of which are at least four years old, most of which are missing keys, some of which don't even boot up. A woman on the fundraising committee (on which I am now serving and I'm not even mad about it) told me that she volunteered to help raise money after proctoring two Advanced Placement tests that were delayed by as much as two HOURS because of computer issues. 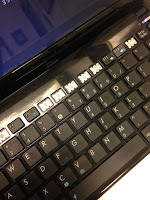 LASA's student body is diverse, both in terms of ethnicity and in terms of socio-economic status.  For the most part, these are not kids who arrive on the first day of school with brand new Macbooks. These students NEED the computers provided by the high school, and the computers are just terrible. It's like asking kids to build a house with the ample raw material they have, but not giving them any tools.

So, PFLASA (the Parents and Friends of LASA, a non-profit organization that helps fund resources that the district doesn't pay for) is trying to raise money to piggyback on the bond money bulk purchasing power.  We're trying to reach a one computer per two student ratio.  More would be better, but that's the goal.

I'm asking everyone I know to help. Seriously, if you have an extra $5 or $50, or $5 million, PLEASE consider giving. And if you can't give, maybe you could share this post with your Aunt Millie, who has always had a weakness for education-related causes. Or your butcher. Or some random person you just met on the street. You know I try not to ask for you to support my causes, but I am asking you today. These kids are worth it. 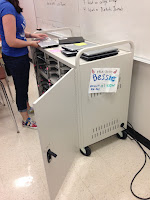 Marcia and I thank you, but more importantly, our future leaders, in high school today, thank you.

We need the money by November 1st in order to utilize the district's colossal purchasing power. Your donation is fully tax deductible. Please give today at www.pflasa.org or send a check made payable to PFLASA to:

I am surprised, given that Dell is such a huge presences in Austin, that Michael Dell or his wife Susan aren't helping some of the smaller schools out.

Barb Matijevich said…
It's just a hard thing: our population isn't local to one specific area of town, so we can't go after local business support. The school district ties our hands when it comes to reaching out to corporations. We have an unbelievable response rate (the highest I've ever seen in all my years of fundraising,) but our population just doesn't have deep pockets.

We're competing against high schools with much deeper funding bases and we are achieving monumental things. Everyone is so committed and so passionate about LASA --I wish I could give more!