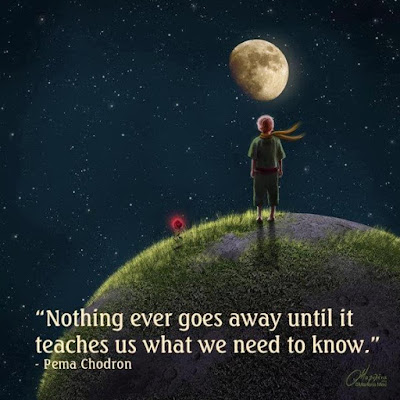 It's been a really stressful week. Edward was really sick and I had a big freelance deadline and there was Jane stress and my final/final divorce decree needed to be gone through with a fine-toothed comb, and it was a VERY intense week of classes. There's this thing they don't tell you about going through graduate school to become a psychotherapist. Namely, that any unresolved issues you have that you've managed to contain along the way will appear before you just as large as ever and you'll get to wrestle them AGAIN as part of your preparation for working with clients.  The last thing you want is for your stuff to crowd the room when you're dealing with someone who has plenty of his/her own stuff to deal with.

So anyway. I had two stressful phone calls in a row and then my back went out.

I have a physiological weakness in my lower left back after my car wreck of 2015. Which I probably didn't tell you about because life was coming at me pretty fast back then and I just didn't have extra words. But anyway, I was driving home from taking my older child to school and got rear-ended while I was turned around looking over my left shoulder trying to merge into traffic.  The fact that I was twisted around made the impact much worse on my left side. I saw my acupuncturist and a fantastic chiropractor (who, I'm not kidding, turned out to have GROWN UP IN MY HOUSE.) It took about three-six months to get fully well but has definitely left a weakness in my lower back. Every horrible thing that's happened--Roswell's catastrophic illness, the revelation that led to my divorce, some Jane-related adolescent stuff --has taken root in my lower back.

It occurred to me today that the FULF hasn't bothered me at all.  But the FULB --ARGHHHH!

The Universe has such a diabolical sense of humor. I mean, here I am dedicating my life to helping people who are storing psychological trauma in their physical bodies, and I'm, like, the poster child for that. I thought maybe I'd resurrect the blog as a way of keeping track of all I am learning in dealing with this in hopes that it might be useful for anyone else dealing with the same.

Anonymous said…
Welcome back, Barb! Can the chiropractor straighten you out again? Heating pad and or ice? I hope you feel well again soon, that some of your stressors are less now, if not gone completely.

Unknown said…
Yes, welcome back for sure! :). But..Omg, divorce? I'm so sorry! I have read your blog for years and in 2009 (after my divorce in 2007) I met the man I'm married to now. I took so much heart in your writing and the things you said about your marriage and relationships. It had a profound and lasting impression on me and I always hoped I would find the love, connection, respect and devotion you all had for eachother. I'm so so sorry to hear that. :(
April 1, 2017 at 1:01 PM

Kimos said…
I sat in a meeting at CC where all the teachers were discussing how it was developmentally inappropriate for a child to learn multiplication before age 8 and that continued progression in math after that would be increasingly detrimental. Within the first half hour, my back was hurting. By the end of the meeting, I couldn't stand. The body knows things the brain won't admit. Love you, Barb!
April 1, 2017 at 6:24 PM

Barb Matijevich said…
Hi Anne, I know. It was a big shock to everyone. I mean I kind of knew it was coming but I had no idea how it would happen, nor how incredibly painful it would be. I just seem to sort of have this pathological need to see the best in people, to believe that their potential is who they are. But that's not the case and I guess I'm a slow learner. I think there will be joy on the other side of this for me, and I am really energized to be in graduate school studying to be a counselor, something I probably wouldn't have done if things had been different in my marriage. If I can get my kids through this semi-intact, I think it will be for the best. I wrote everything I wrote as true as I knew it to be -thanks for reading all this time. I'm so glad you're happy. --Barb
April 1, 2017 at 11:39 PM