An Army of Cancer Fairies* 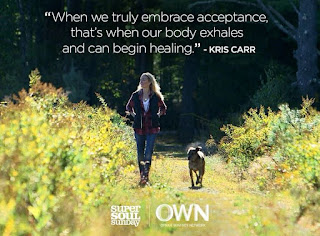 So, my surgeries got scheduled yesterday.

I'm in the middle of finals and writing my last paper for the semester and I was already feeling raw and fragile and sleep-deprived so, for whatever reason, the setting of the dates and the beginning of the pre-op stuff REALLY HIT ME HARD.

I have breast cancer. I really do.

I walked straight into the kitchen and made a tomato sandwich on real (gluten) bread and using the real (not vegan) mayo.

Which made me feel pretty sick, actually, but people, I was OVERWROUGHT.

I'd kind of been telling people that I had a "little breast cancer." But that's not really a thing.

Cancer is a Big Thing. A big, ugly, misogynistic, racist, badly-spelled Internet Troll that invades your body and your psyche and no matter how mad you are or how unjust the trolling, throws a little Miracle-Gro on your pessimism and hunkers down for the long run.

And then the fairy showed up.

Just like what happens with REAL Internet trolls, the good fairies show up like a little army of lanterns in the face of all of this darkness. And they beat back that bastard with the sheer force of their wit and well wishes.

I haven't met them all yet, but today, I met the Cancer Perspective Fairy.

I spent part of yesterday in just abject fear, and not just because I had a final exam I didn't feel prepared for.  It was all the uncertainty woven around this cancer thing, and the surgeries and the logistics and this feeling that, having been back on my heels for most of the past 18 months, that I was finally down flat. I just...

This morning, I climbed into the shower and I swear to you, when the hot water touched my skin, I felt it in a way I've never bothered to notice before. How unbelievably pleasurable is that feeling? I loved it so much that I stayed in long enough to shave my legs --and I marveled at my ability to put my leg up on the wall and do that. And then I got out, dried off, used some lotion and got dressed... and through all of it, I was just marveling at the experience of noticing things I do every single damn day. It's just a miracle how much I can do. There is so much to notice.

You should try it. The next time you take a shower, take a few seconds to just notice how amazing it is that the water runs over your body and it feels really good.

Also, I'm wearing the bigger of my jeans because I'm kind of chubby right now. But today, I didn't beat myself up over that. Yesterday, I was all up in my own face over the weight I've gained since the inauguration (!) because you know, THAT'S what's important when you're fighting cancer--to also beat yourself up over ten pounds.

Enter the Cancer Perspective Fairy again. My body is a miracle. If I need those ten pounds to deal with the stress of the Internet Troll in the White House, or the one in my body, then so be it.

So, my surgeries are scheduled.

I've got an Army.

Cancer teaches us more about living than dying. --Kris Carr


*Totally the working title of my book about all this cancer stuff.

Anonymous said…
Barb, glad you have your fairies.

You have given most of us a great perspective on life through your book(s)and blogging and just being; at some point please consider calling in a few favors when you need it. What would make you happier? Do you want a fan, an ice pack, German Chocolate Cake, colored markers and an easel, slippers with a bell on them, tacos, what? Give your friends a chance to be fairies too!

Robert said…
Love to see your perspective and gad that you're formulating a plan for yourself and your cancer fairies to help you on your path. Cancer seems to touch everyone at some point either directly or indirectly and she's a bitch you will beat.

Karen (formerly kcinnova) said…
"badly spelled internet troll" = PERFECT.
May there be a truckload of the good faeries of all stripes (human, awareness, love).
May 3, 2017 at 12:42 AM

Shaatizie said…
I feel like I am going through the experience with you.
I will take a shower and marvel at the clear, warm water and how it feels on my body.
I will embrace every fairy that graces my life with love.
I will hold you in the light and know that you are healing and this experience is gifting you
with insights few of us have in a normal day.
And in the midist of this abnormal experience
you are growing in width and depth of knowledge.
And that this, while now cruel in its savagery,
will open doors to your future with happiness you
cannot now imagine.
Blessings.

Anonymous said…
Fairies. Simple, beautiful, profound way of living despite the cancer. Thank you.
May 3, 2017 at 11:37 AM

Ei said…
Apparently you have a cancer writing coach too. <3

psam ordener said…
A positive attitude will make your life bearable until it's all over and you hear "clear margins" and you can relax. Then you'll be in the habit of being positive and the rest of your life - the many, many years you have left - will be a breeze.

You, your friends, the Cancer Fairies and everyone else are conspiring to defeat Cancer. There are too many of us - we cannot lose! Hang in there, Barb.
May 3, 2017 at 12:45 PM

mamabeth said…
I don't feel worthy/creative/kind/brave enough to be a Cancer Fairy, much as I'd like to be nearer (geographically) to actually bring warm Jewish Mothers' Healing Chicken Soup or a bag of chocolate-covered pretzel crisps or whatever else you might need.
However, I CAN stand guard against the Cancer Trolls, with legs firmly planted, arms akimbo, head held high, eyes alert with a look that says YOU SHALL NOT PASS to all who would do you harm. My thoughts and prayers will be with you during this detour in your life path. Many hugs, much love!
May 3, 2017 at 3:50 PM