So, Day Three of our San Francisco vacation, we got up early and went to prison.

(I just like saying that. I would not actually like LIVING in a prison. I'm pretty clear on that.)

We headed down to catch the ferry to Alcatraz, where we miraculously found parking in a lot and ended up with time to grab a little coffee at a cafe.  This is noteworthy because of the pigeons.

These pigeons had learned to totally work the doorway of this restaurant.  They would fly in through the door, walk around on the floor eating crumbs, and then, periodically, a worker would come out from behind the counter and shoo them and they'd fly right back out the door.  One by one, they'd come back in and the cycle would begin again.   It reminded me of this video:

Anyway, we boarded the ferry and headed to the Rock. 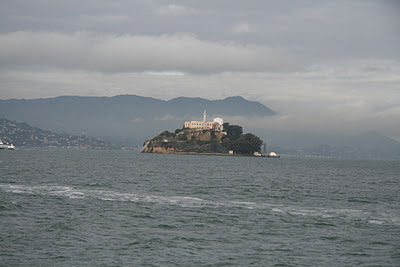 I'd like to go on record as saying that THIS is as close as I would ever like to be to visiting my children in jail.

We took a great and kind of creepy audio tour of the prison and we walked all OVER that island, including down into the recreation area where I took some pictures of the girls with this idea in the back of my mind that the photos would make funny holiday cards.

So then we took the Ferry back and had lunch in the Ferry Building which also had a lot of shopping.  Including THIS store: 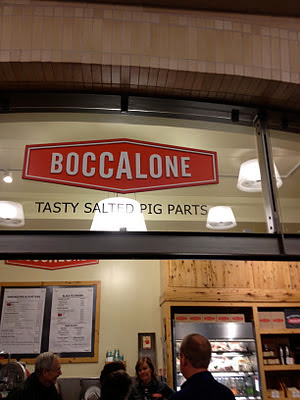 Which, for the record, did NOT sell bacon.  Go figure.

We headed home, rested a little, and then took a cab to Chinatown for dinner. I forgot to take pictures but basically, the restaurant looked like any other Chinese restaurant. And the fortunes were GREAT.  Mine said, "You will soon have something you have always desired."  See? That's a strong fortune.  Promises me something.  Makes me think about what that might be. (A clean house? A book deal? A dog who doesn't sleep on the sofa?)

Then we came home and rented "Escape from Alcatraz."

On Wednesday, we had a slow morning due to having stayed up too late watching Clint Eastwood.  I took a yoga class at a local place, which went surprisingly well. The we drove to Stanford University, which is currently Ana's first choice in colleges.

And it occurred to me that she'll be leaving for college in four-and-a-half years, after which I had to put my head between my knees and breathe into a paper bag and stuff. Lordy, if it goes as fast as the past 13 years, she'll be leaving tomorrow.
So then we drove back along the coast and took a detour to go see the Mavericks. We walked out to the point, where the wind assaulted us like it was armed. It was really beautiful, though. I took pictures until my people refused to stand still anymore, and then I took pictures without them. 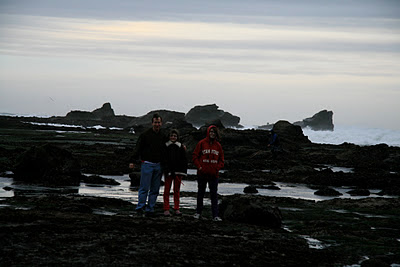 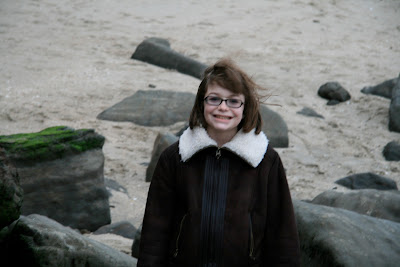 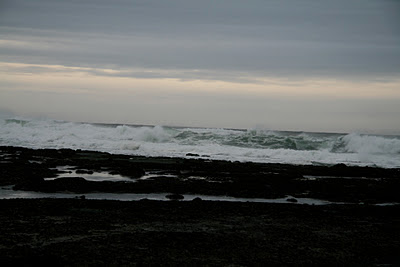 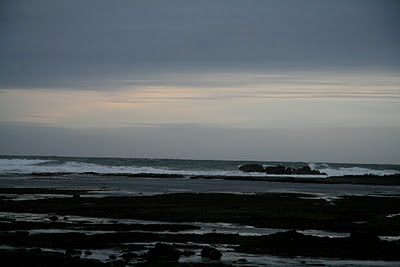 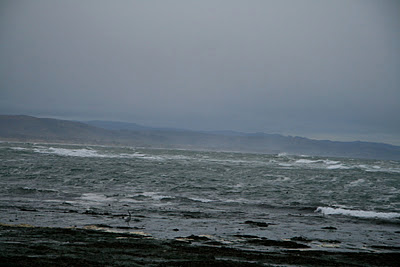 Ei said…
I started to share something with you that started off "My friend's ex-husband's sister used to..."
And I realized that it really isn't relevant. And I'm only telling you this now because I thought it might make you laugh.

Ei said…
It's not a story so much. Used to be the head chef at the Stanford eateries. When I heard this I had the epiphany that I could have gone to a better school ;)
November 29, 2011 at 4:42 PM

Miri said…
Love, love, love SF and the fact that you are West Coasters for the moment. If Ana is at Stanford and Maddy is too we will have moms' weekends together. Fantastic way to get over the empty nester freak out. Just sayin'.
November 29, 2011 at 7:33 PM

Carole D. said…
I don't think of Ernie when I see the pigeons, I think of Bert, because he was the one that did the pigeon song. Doing the (oo oo ) pigeon! Let's see if this works.

That aside, it looked like a very awesome trip and maybe someday I will get my butt out there too.
November 29, 2011 at 7:44 PM

Bullwinkle said…
I love your vacation :)