I know, I know, I know: where have I been?  Thanks for writing, but I'm not actually dead yet. I just kind of got sucked into the holiday/deadline/laundry vortex. I've emerged, not broken exactly, but bowed.

This time of year brings out the crazy in me.

When last I left you, we were still in San Francisco but had yet to take a cable car to Ghiradelli Square. 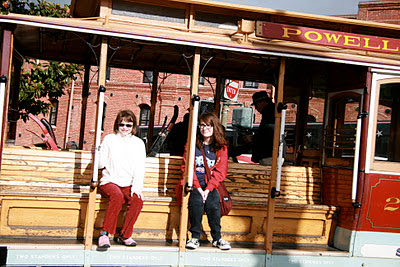 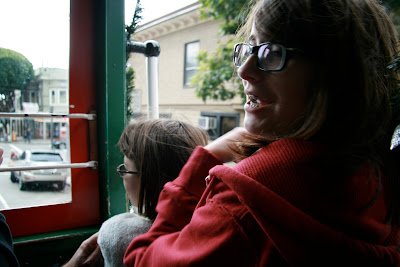 After loading up on chocolate, we went to a neighborhood beach that Coop runs by when he's in San Francisco to do a little sightseeing and we saw the most wonderful thing. There were a bunch of dogs and their owners playing fetch and we watched this one dog drop the ball he was fetching, make a bee-line for this couple's picnic bag, reach in and gobble up a sandwich. And the people were so incredibly cool about it. We talked to them afterward and they said they were pretty much done with the sandwich and they were very impressed with how fast the dog got into the sandwich container. I laughed very, very hard. We ALMOST got the theft on video...

(Why, yes, we HAVE become those scary people who write dialogue for animals.  What?)

The next day, we took the girls to the Exploratorium, which has to be one of the coolest museums on the planet.  Everything was hands-on and so interesting.  At one point, I came around a corner and found Coop deeply engrossed in a display about how the differential works on a car. 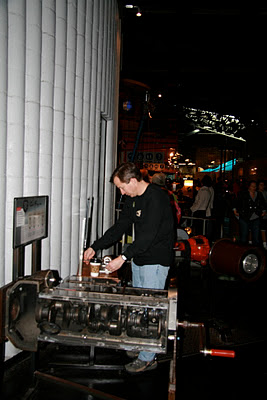 I took a LOT of pictures.  I will spare you all of them. Suffice it to say that this museum was so cool, we saw couples there on DATES.  I love that.

And the next day, the girls and I flew home.

The furry people missed us.

Susan said…
I am glad to see you managed to stay long enough for some sunny days. Isn't the Exploratorium a treasure? Looks like you were down at Crissy Field to see the dog thief. That is where the Avon Walk campground is every year. Cool huh?

I love SF. I'm glad you got to see it and do all the touristy things (Ghiradelli = yum!) Welcome home (So sorry about the laundry. It happens to all of us. /sigh)

Kathy Ireland said…
Awwww. Is there anything better than puppy love? Trip sounds like it was awesome!
December 20, 2011 at 4:29 PM