But the biggest reason I am not a food blogger is because I cook exactly like I think.  Nothing is according to recipe, nothing is duplicatable, and when I'm successful, there are never any pictures.

Take today, for example.  I made the best soup. SO good.

And I don't think I can tell you how I did it.

"I'm going to make that fantastic Chipotle Sweet Potato soup I made before."

"I'll just sauté this chopped white onion in some olive oil while I try to find the recipe."

"Except these are butternut squash chunks.  And I should really use them before they go bad.  Well, you know, butternut squash makes a FINE soup, and I still get to eat that color.  Win/win."

"Well, I have this can of diced tomatoes with green chiles.  I'll just add that for some heat.  I mean, how bad could that turn out?  There's a lot of squash and only this little can... okay, I'll do that."

"Everything is simmering along nicely. In fact, I think the squash is getting soft. I'll use the stick blender now--gosh, I LOVE this thing."

"That looks pretty good, actually. I'll add some almond milk to make it creamy... oops, the kind in the refrigerator is vanilla.  But I have an emergency carton in the pantry, so I'll use that."

"Only *I* could pour almond milk into soup and get it in my hair."

"That looks good, but maybe a little watery from all that liquid?  I know!  I know! I'll add some cashew butter.  Look at me thickening up my vegan soup like a vegan pro. Starting to be able to speak the vegan food language. Maybe."

"Okay, that's done and it's really good.  I should share it with people, except I'm not sure what the recipe is now that my Chipotle Sweet Potato soup turned into Butternut Squash, Tomato, and Green Chiles soup." 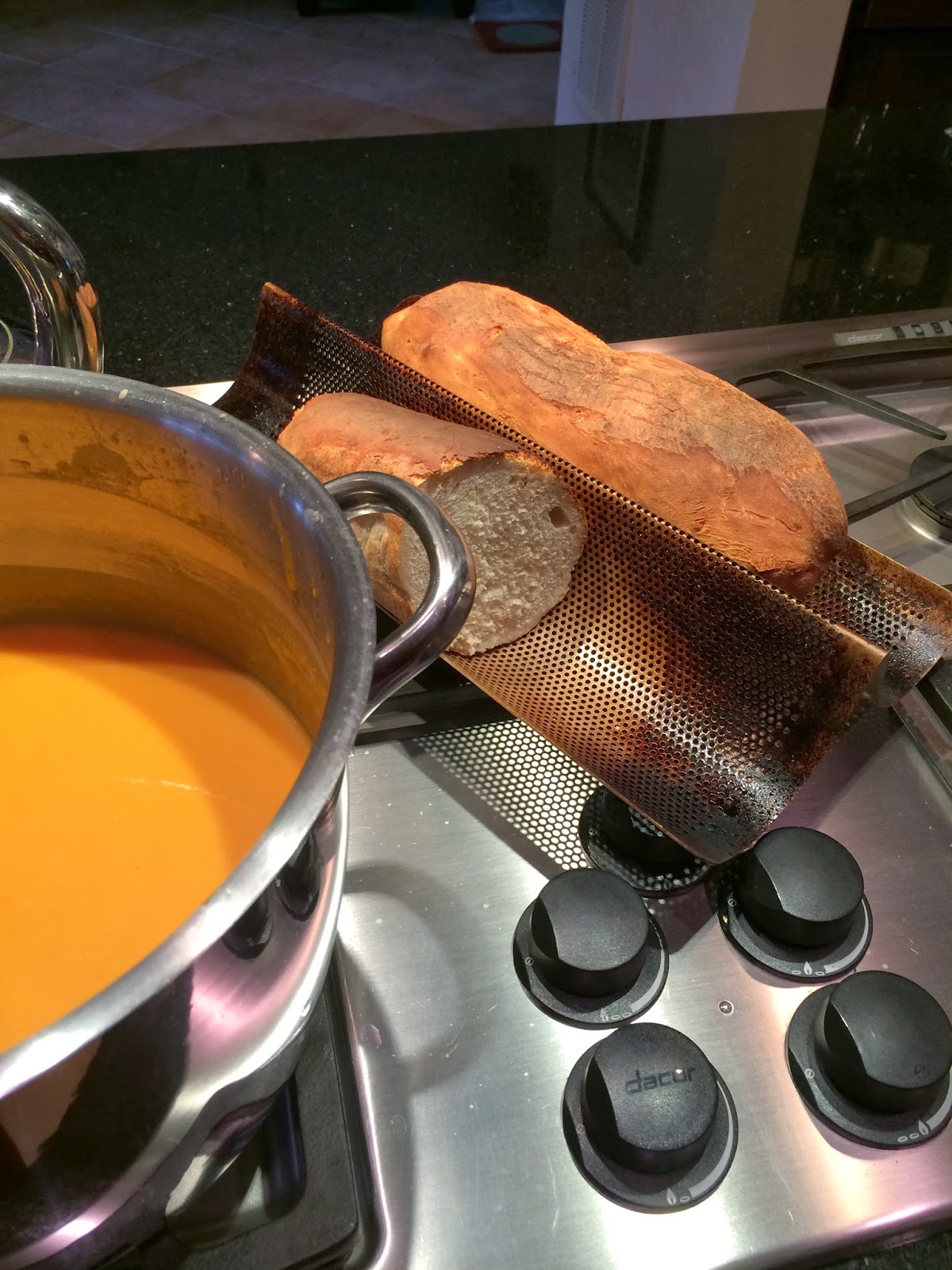 tanita✿davis said…
...hah! Yeah.
Once upon a time, it was all so much easier. Just... follow a conventional recipe! And now, not so much - it's all a bit more intuitive now.

Judy Lee said…
That sounds like the roasted garlic/sweet potato/butternut squash with ginger and nutmeg soup I made a while back. I love my stick blender, too.
January 29, 2014 at 10:58 PM