Last night, after I'd already posted about my children being adorable in matching pajamas, I finally got the pictures I'd been trying to capture all day. Look: 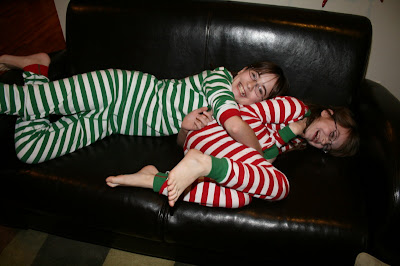 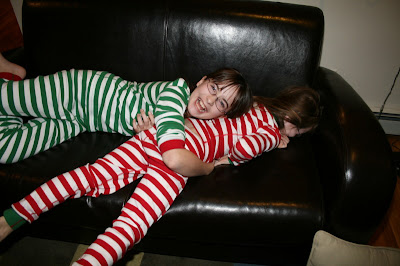 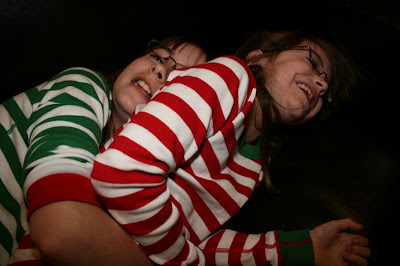 I only took about 200 more exactly like these. They made me laugh out loud. I just love it when my girls are gamboling like puppies, so happy with each other. I love it when Ana laughs that hard. It makes me smile with my heart.

As I was looking at those pictures, though, I saw a bunch of other pictures from the holidays that I hadn't shared with y'all.

Here is my mother reading the paper after Scout fetched it. 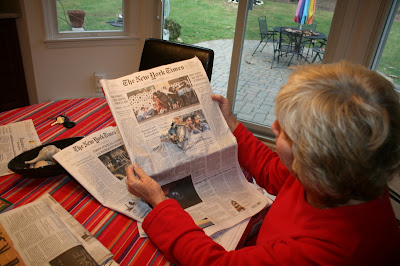 Here are my parents and my girls on the way out into the field to choose our Christmas Tree, which Coop and my dad cut down like the big burly men they are. 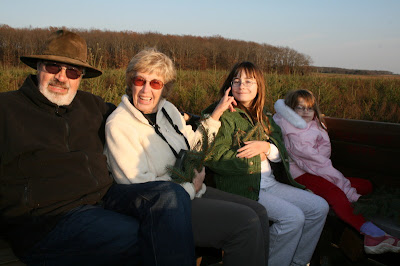 My parents gave my husband the coolest chess set in the world for his birthday. 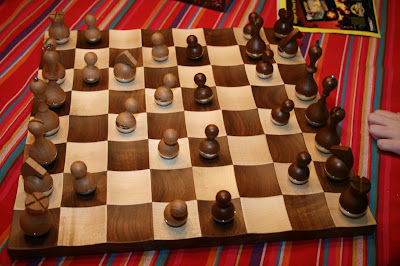 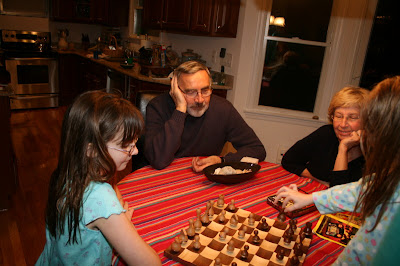 While my parents were visiting, my mom made sure that the girls got to participate in their annual tradition of decorating a gingerbread house with her. 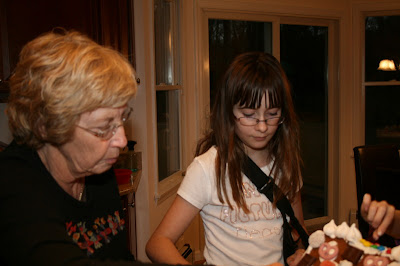 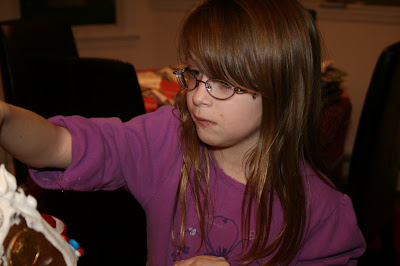 I think it's the best one ever. You will recall that last year, one Jane Cooper lost patience and started just gluing whole packages of M&Ms on the house, unwrapped. 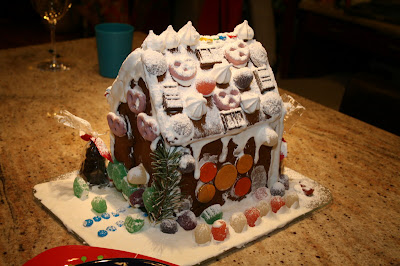 Here's Thomas in his one and only foray out into the snow. After he went out during the first snowfall, he didn't go out again. I think it's because the next snowfall was much deeper and he's,um, something of a low-rider, ahem. 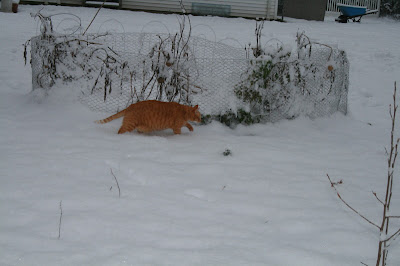 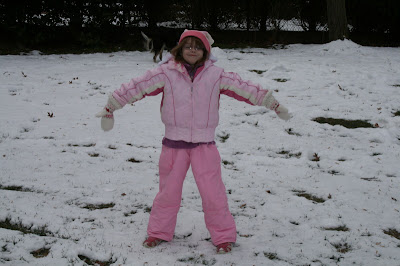 Right around this same time, I went in to wake Jane for school one morning and from a dead sleep, she said, "Jane is not available right now. Please leave a message after the beep and she will get back to you."

One day, I walked downstairs and saw both Thomas and Edward cuddled in a chair together. Initially, I couldn't even tell where one orange tabby began and the other stopped. 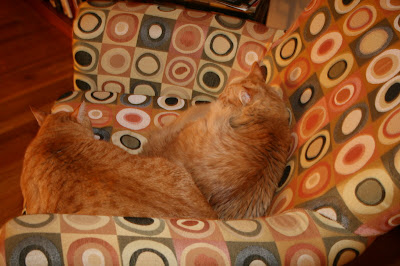 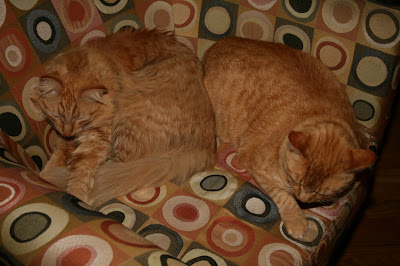 I didn't do much decorating this year but I HAD been over to my friend Miraculous Laurie's house to wind some yarn. It looked like peppermints to me so I just put it out in a gold basket. 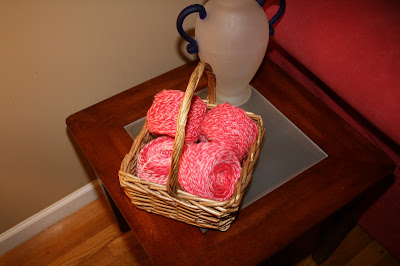 I also hung strands of ribbon and attached my Christmas cards to it with paperclips. (I stole this idea from a magazine so feel free to steal it from me if you like it.) 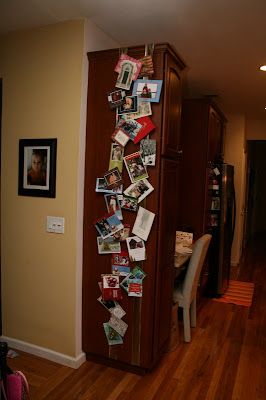 In the end, Edward showed how we all felt after Christmas was over. (Here he is on Scout's bed, exhausted from playing with his kitty toy.) 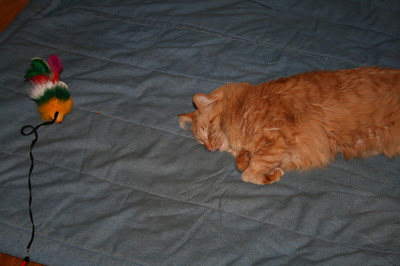 Okay, so this one is just gratuitous. 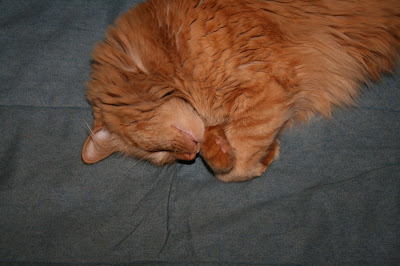 Ei said…
Edward toes. You have me addicted to them and they aren't even in my house.

Mary Ellen said…
The photos are awesome! The matching pj's and the girls wearing them are so adorable, I can barely stand it. And the kitties are so cute. I love that one of the two of them that almost looks like a mirrored pic.

Anonymous said…
How can you even stand being around such sweetness?! They are giving me cavities in those pj's!
December 29, 2008 at 1:32 PM

Mokihana said…
The best Christmas present? Getting Edward back!

Unknown said…
I keep coming back here for another glimpse of the lowriding floof! (I miss my fat orange tabby so much)
December 31, 2008 at 12:29 PM

LaDonna said…
Oh, the joys of happy puppy children! I wish mine would just stop bickering for five minutes.