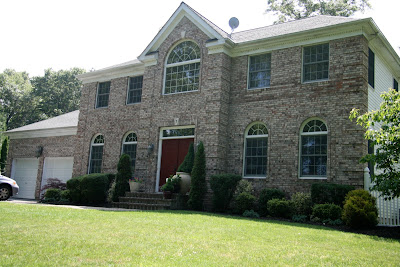 I have been scarce.

Coop and I have been wrestling with big decisions lately, borne largely out of our dissatisfaction with the school district the kids are currently attending.  It's a good school district in many ways but it just doesn't compare with the school district we left behind in Texas.  We are concerned that our daughters have lost ground academically and that they are not being challenged anywhere near their potential.  It's a good district but it's just not meeting the needs of our family.  The girls are happy --not bored and dissatisfied --but we don't think this school district is the best preparation for the higher education they will need, since (I believe I have mentioned before) they do not come from family money.


Also, I am still gimpy and increasingly so.  We have what is called (in official Realtor-ese) a Long-ass  Steep Driveway.  This isn't serving our needs very well, especially because it's kind of a crap-shoot as to if the dogs will bring the paper back to the house or get distracted by something shiny. Also?  We miss having a pool.


So, after much deliberation and back and forth, we've decided to put our house on the market.  Given that we bought this house right before the worst economic/housing/lending crisis in our nation's history, it is going to take a while to sell without us losing our shirts.  But without selling it, we can't afford to move to a better school district and we can't afford to send our kids to private school.

For me, I'm not as invested in this house as I was in our house in Austin even though this is the fanciest house I've ever lived in.  I love the lot, though-- and y'all know how I feel about our garden.  I just never had that feeling that we would grow old in this house.

As to where we're going...well, we're refusing to think too much about it.  It's going to take a long time to sell this house given the current economic market and the lack of lenders, etc.  So, I'm not making any plans until we have a contract on the table.  Then we'll look for a better school district or  house with a pool and/or moving sidewalks.  We have a few ideas but we are keeping our options wide open at this point.

Meanwhile, may I just say that, although you would THINK that we would have a leg up on this whole "getting the house ready to go on the market" thing because we just did this two years ago, in fact, we do NOT have a leg up. We have maybe a TOE up. Maybe HALF of a toe.

More about that soon.  I promise.
Email Post
Labels: Am I Out of My Freaking Mind? Everywhere Are Signs growing up House for Sale I don't do linear--EVER insomnia Life in the Modren World Not enough therapy in the WORLD putting down roots

Ei said…
I think building a life in a new place is a process...and I never got the impression that this was your forever home either. Hope you find the right house in the right community soon. And that it has no roosters on the walls.
June 14, 2010 at 10:41 AM

Anonymous said…
Good luck! We are in the process of selling our home and I can't stress to you enough at how truly bad it is to sell a house right now. It's bad. In fact, it is craptastic! I hope you have better luck than us.

Karen said…
I admire the fact that you're willing to make this kind of change for your girls. My family moved to another state between my 7th & 8th grade years and I went from a very good school to one that was far less challenging. After we moved I gradually lost interest in school and that, combined with other factors related to the move resulted in a consistent decrease in my grades from top level to the lower end of average. I did manage to graduate without much effort but I could have done so much better.
June 15, 2010 at 2:35 AM

Anonymous said…
If you are looking for excellent school systems, think Ct. We raised our kids here and our son moved back to this area specifically for the schools. Yes, it is a commute and if you look at the lower Fairfield Co area, it is very expensive. Consider farther north....Newtown is a beautiful little community with outstanding schools . About 30 min to the train station. Sue
June 15, 2010 at 9:47 AM

Mokihana said…
I totally get it and hope that against all odds your home will sell quickly.

But could you do me a huge favor when you move? Could you please please please keep Edward inside for at least a month?
June 17, 2010 at 1:51 AM

jennyp said…
The best schools I ever attended were in New Canaan, CT for 4th and 5th grades before we moved. Of course, that was 100 years ago (ok, maybe 30). We just drove through the area when we were in New England on vacation and it looks like the area is much more expensive now and the traffic was crazy on 95, but there are always a few houses in an area that might not be as expensive. And the train is there to the city. Good Luck!
June 18, 2010 at 9:29 PM