Given that I am given to bursting into tears at any given moment, which is a given when one's dog is dying and one is in chronic pain and one is given to referring to oneself in some sort of stilted verbiage that one CANNOT STOP no matter how many threats one gives oneself, I believe it is time to talk about...

Dudes, why did no one clue me in? Have you all known about this all this time and just not told me? Why? Am I not with the in-crowd?

My husband has been telling me about this salad that he orders at the deli by his office called a chopped salad. He thought I would love it. I thought, "Chopped salad. Sounds kind of, well... disgusting, frankly." I was picturing iceberg lettuce and mealy tomatoes, all chopped into handy little squares. Maybe throw some square jello cubes on top.

But on Saturday, he brought home this... chopper thingy. 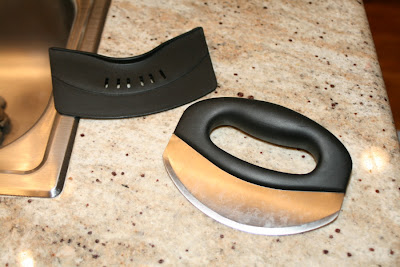 and he brought home a bunch of ingredients and he made me a salad.

And, whoa, it was AMAZING.

So, here's what you do if you want to recreate the chopped salad in YOUR part of the country --just in case the news about it hasn't made it to where you are.

First you take some lettuce. (This is a mixture of spinach and spring mix.) 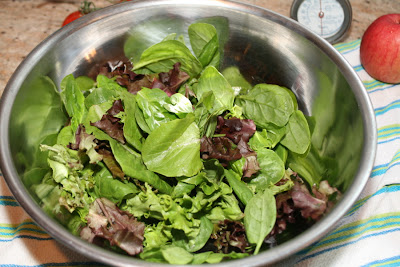 Then you start adding the good stuff. 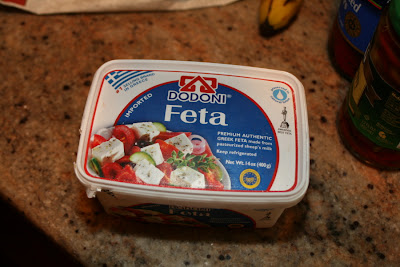 (Or some other sort of cheese. Or not--if you don't like cheese, there are no Chopped Salad Police.)

Then add some peppers if you like. I've used a mixture of roasted red bell pepper and these hot cherry peppers, to which I have become so addicted that several times a day I have to have a little forkful of them. (And then drink a gallon of water and run around the house with my tongue hanging out.) 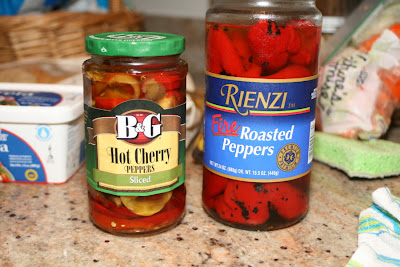 The veggies:
Tomatoes. (We're picking the first really big one from our garden tonight. I'd show you a picture but Jane has forbidden me to go near it lest it fall off the vine before she gets a chance to pick it.) 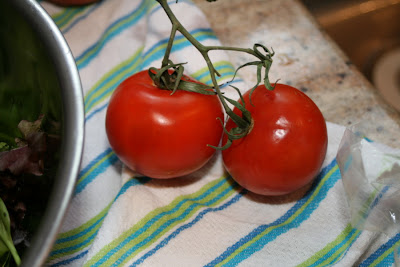 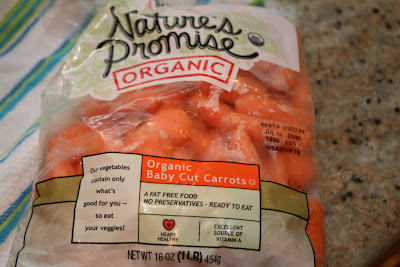 Cucumbers FROM THE GARDEN (!!!) 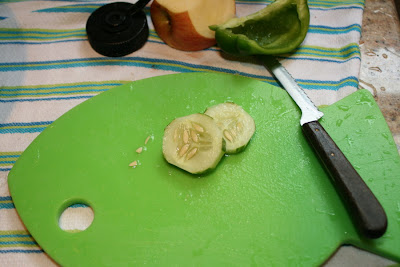 Bell peppers, which would be from my garden but mine aren't ripe yet.

Also, some apple. Use a green apple if you have one but if not, use a crispy red one. 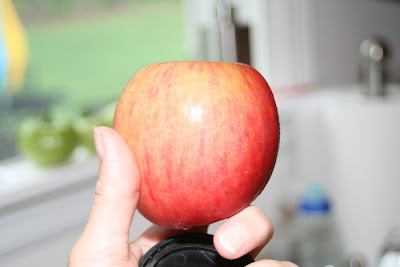 Or just throw in some dried cranberries.

You can also add anything else that strikes your fancy--beans or sunflower seeds or chickpeas...

The add a splash or two of balsamic vinaigrette (go easy, you can always add more.) 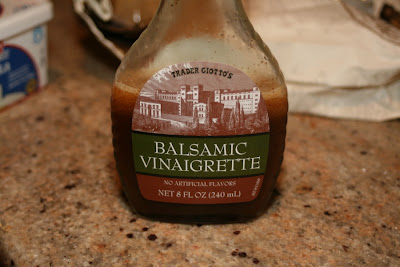 Now you're ready to begin the chopping. 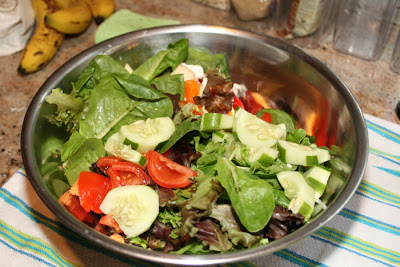 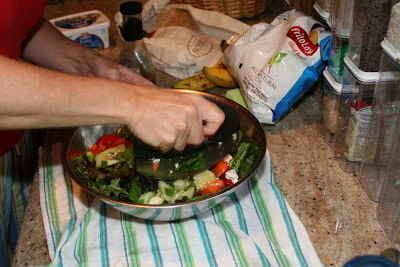 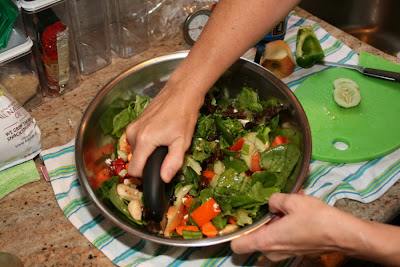 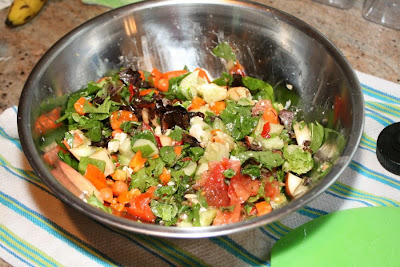 And there you have it: Chopped Salad.


I know what you're thinking. I really do. You're thinking, "That salad looks PRE-CHEWED." But move past how it looks, my friends, because it is DELICIOUS. It's so good that I honestly thought it might be the secret to my whole weight loss dilemma --I'll just eat chopped salad all day long and the pounds will DROP RIGHT OFF.

Okay, I kind of accidentally discovered that the chopped salad? Makes a really good dip for THESE: 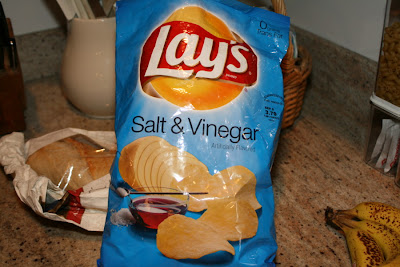 Miri said…
Oh I am SO with you on the chopped salad. I'm not in with the crowd or anything but have been a chopped salad devotee for a couple of years.

Never tried it with chips, but I'm sure that's really good. What if you did tortilla chips in a chopped Southwest salad... you know, peppers and black beans and all? Oh, yum.

Napa cabbage. That's my favorite to add to the lettuce mix. It holds up well to the chopping.

hokgardner said…
I might have to make one of those salads, and invest in the chopper thingy. Lately all I've been craving is cold, crisp food.
July 29, 2008 at 4:31 PM

Barbara said…
I always chop up my salad up small on my plate - with a bit of mayonaise. It makes it easier to eat actually.

Sorry to hear your dog is poorly. It's such a hard time isn't it. I remember when our old dog was on her way two years ago, I used to hope every morning that she'd have gone in her sleep. But of course that would have been too easy. It is a kindness we can do for our pets though when the time comes. Sending up a prayer for you and yours.
July 29, 2008 at 4:32 PM

Anonymous said…
OH! I was going to ask if you actually put some of those chips IN the salad.

Suburban Correspondent said…
I think those baked pita chips would be heavenly with that...
July 29, 2008 at 5:08 PM

Sherry Sea from Austin said…
The blade I see, the one you're using to chop the salad, is called a mezzaluna (Italian, I think for 'half moon'). I have a cheapy, great for chopping herbs. If you have a good one, you might want to consider using it only a wood surface.
July 29, 2008 at 8:49 PM

Barb Matijevich said…
Apparently, the choppy thing is key. But it's only $13 at Bed Bath and Beyond. Coop researched it and brought it home. (Target has it, too, but it's $2 more! How dare they?)

Mon said…
Whoa, that looks yum. I make salads like that, but have never chopped it, what does chopping do to it exactly?

Unknown said…
that chopper thing is an ulu.

MadMad said…
Hahaha! You know what else is the problem with the chopped salad? At 4 p.m., when you're in the kitchen wondering what you might want to eventually perhaps think about making for dinner? You are SCARFING DOWN EVERY SINGLE THING THAT ISN'T NAILED DOWN...

And here's a recipe for one version of their dressing which, of course, they would prefer that you buy:

but I often use the Trader Joe's bottled Tuscan dressing. And I usually use the TJ's grated three cheese blend in place of the provolone & mozzarella. (I will never move any place that lacks a Trader Joe's!)
July 31, 2008 at 6:29 AM

Anonymous said…
in my little part of NY we add all the things you would have in a cold antipasto (peppers, italian meats, italian cheeses etc.) I chop mine right on the cutting board with my chef's knife and it works out just fine, but I do envy you your choppy-thingy!
July 31, 2008 at 11:10 AM