Stepping Out of the Old Comfort Zone

I went to the grocery store this morning. Not the Grocery Store From Hell but my favorite grocery store, which is called Central Market. I don't go there that often because every time I go, I spend $200 and come home with staples like tortillas and pesto but nothing to, you know, EAT. Except for Haribo Gummy Bears but I'm trying not to have those for lunch anymore because someone told me that even if you eat the green ones, it doesn't count as a serving of vegetables. (As an aside, the Grocery Store From Hell doesn't even carry Haribo Gummy Bears and call me a snob but those are the only kind I eat.)

Speaking of pesto (we were, right?) this is how we buy our pesto when we buy pesto at Central Market. 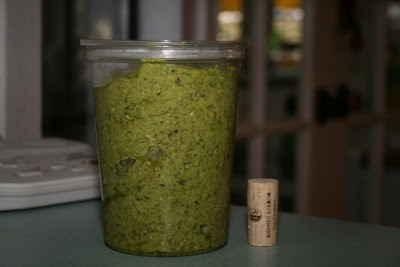 Yes, we buy it by the barrel because it's something Jane will eat and when she gets on a roll, she eats it for breakfast, lunch, after school snack and if I let her, dinner. That's a lot more pesto than my pitiful basil plant can keep up with.

Speaking of Jane (and we were--aren't I good at this transition thing?) this is how she went to school today: 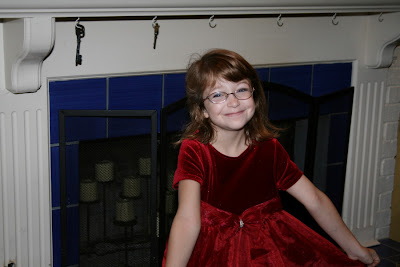 Because today is Picture Day and she takes that Very Seriously. Actually, both of my girls take Picture Day very seriously, but Jane is the only one who got out the diamonds. (I was a little disappointed that she opted to omit the tiara but I guess she's growing up.) 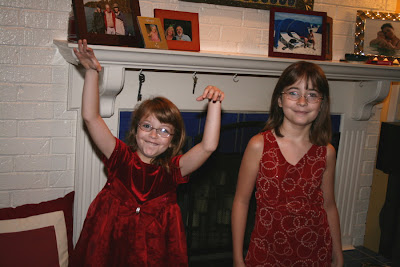 Speaking of growing up (okay, modesty forbids me from taking ANOTHER bow) I did something very daring today in the grocery store. I saw a woman pass me, and she was obviously looking for something. Her eyes met mine and then sort of skittered away again as she continued to hunt. She passed me and I thought that maybe I should ask her if I could help her find something?

But the moment passed and left me a bit sad. I don't know, it struck me that I had an opportunity to make a little connection with a human there and I missed it because I was too shy or too worried about invading someone's space or something.

But then I saw her again and she was still looking. So I said, "Um, are you looking for someTHING or someONE?" And she said, "Someone." But instead of feeling all rebuffed and slinking away to the frozen food to have a little cry, I said, "I always think it's too bad that there isn't an aisle for people." And she chuckled and said, "Yes, that would be very handy." And I went on about my business.

So, I made a resolution to take a daring little chance like that at least once a day. Granted, I probably only had the courage to do it today because I was still floating right along from being recognized up at the school by my friend Dru's mother, who said, "Hi! I'm Dru's Mom! I [are you ready?] read you all the time!(!!!!)" (Emphasis added by moi!)And I was so overcome with joy that I gave her a big hug even though I was sort of sweaty and unshowered and my glasses were all askew because Jane stepped on them and I haven't fixed them yet.

I don't know--sometimes when we make the smallest contact with other humans, we end up making someone's day. I'm going to try to pay that forward.

Updates:
I had to frog the sweater but as soon as I publish this, I'm going to get some exercise and then cast on again. I refuse to be beaten.

The dead snake is still lying on the walkway. Jane has taken to bursting into tears when she sees it because she's very afraid that her friends will be too afraid of it to come to her birthday party in ten days. At first I told her that she was being silly and dramatic (Oh, really? How strange for Jane.) but now I'm starting to think she might have a legitimate concern.

I tried to unlock someone else's silver Honda Odyssey today.

(Edited later that evening to add that the Whole Foods Market in downtown Austin--their best, biggest store -- is actually my most favorite grocery store that's more than a grocery store. I usually think of it more like a restaurant because my husband and I actually go on dates there. I almost never do my grocery shopping there, but sometimes I see shoes I would really like to try on...)
Email Post
Labels: Grocery Store Hell growing up humor Jane kids knitting parenting small things The World According to Jane

I, too, consider a trip to Central Market a real and occasional treat. And I buy weird stuff. All sorts of "interesting" fruit, especially.

Good for you on the grocery store thing. Watch out or you will end up like my family and take up long conversations with people at the store, and especially checkers (the ladies at the Jockey store in the Outlet Mall love me and Lee and recognize us--didn't know we bought THAT much underwear).

A person can remove a dead snake with a shovel. You do not have to touch them that way. It will get all dry and shrivelly in a few days, honest.
October 5, 2007 at 4:54 PM

Suburban Correspondent said…
We lived in Monterey, CA, for a year (lucky us!) and the farmers' market there had this pesto fry bread to die for. Thanks for making me miss it, again.

Don't give up on the sweater - I had to cast on gazillion times for my hat (oh, okay, only 6 - but it felt like gazillion).

Where I live, you have a 50/50 chance of someone acting as if you are about to ask them for money if you approach them unbidden in the grocery store. And, yes, it is sad.

Barb Matijevich said…
Dude, stop it or I will be just insufferable.

DK said…
I own a pair of shoes from Whole Foods. I know what you mean. And I have to say, they're some of the best sandals I've ever had.

Way to be daring and courageous today. I applaud and highly support it! Most people in free society won't bite.

Anonymous said…
a) My favorite world is one where people connect on even a minute scale-yeah for you.

b) Our cats killed a rat the other night and my husband had to rid our back porch of it with the shovel which he re-named the rat-a-pult!
October 6, 2007 at 1:45 PM