The Times They Are A'Changin'

So, today, the new Editor at Austin Family Magazine came to my house so that I could give her an overview of the job and all the files and magazines I had, etc.

I was predisposed to hate her.

I know it's not mature but it's kind of like breaking up with someone. You didn't want him but you don't really want anyone else having him either. No, no, I actually have no first hand knowledge of this dynamic. I usually dated such mean guys that nobody else wanted them either!

Maybe it's more like having some boy come to date your daughter. You're looking him over very carefully, wondering if he is good enough for YOUR BABY.

I was looking this woman over very carefully.

So, of course, she's just like me, only probably better.

Obama sticker on the van. No make-up, just like me. She's running the Danskin this year, which you KNOW I've always wanted to do (at least up until the doctor told me that I wouldn't be running again.) She worked for ten years as a reporter for the paper (in Austin, there is only one big paper) and she's a mom with three kids. One in fourth grade (I have one in third) and one in first grade (I have one in Kindergarten) and a three year old. (I have Scout, also almost three.) I liked her.

I really liked her.

So I didn't get all choked up until the end when I told her that this is hard for me. I think it's the right decision, but it's still hard to leave. I did really good work for Austin Family and I enjoyed it. I loved feeling competent and I loved the title of Editor (even though if most people knew what all that entailed, they might not be so impressed.)

But I'm doing the right thing. Not just for my family, although that has been made crystal clear to me. But also for me. As long as I am working for someone else, I can't promote my own work, right? I mean, I never did anyway but now I want to.

So, she and the Publisher of the magazine were here for more than two hours and I tried to do the best job I could at telling the new Editor everything I know about the job.

And then I went out and did this --in what is a totally typical reaction to sadness for me. 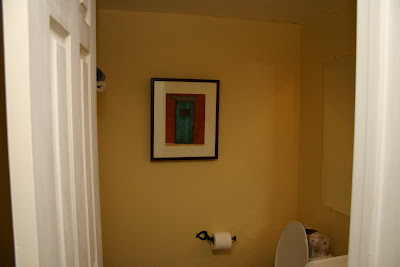 Last night, it was THIS. 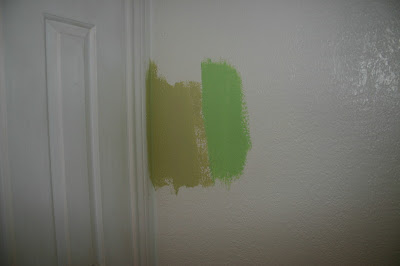 Next week is production week. By the end of it, I will probably have installed new siding.
Email Post
Labels: dysfunction heartbreak humor writer parenthood real world work writing

LaDonna said…
Oh Barb! I can understand how you feel letting go of your baby. Tell ya what, you can come be sad at my house anytime! I have two sets of shelves that need to be installed.
May 19, 2007 at 5:19 PM