So, we're showing our house for the first time tomorrow. To, of all people, a family from New York. Is that hilarious?

Anyway, I have been packing up at least half of our house to stash in the garage so that our house looks like we live in this incredible sparsely furnished house. Which is also hilarious, besides being entirely untrue.

But I am trying hard. I haven't even dared decorate our Christmas tree with the kids because a friend told me that a Realtor told HER that Christmas is the worst time to show a house because when people see other people's Christmas stuff in a house, they can't picture celebrating Christmas with THEIR stuff in that house.

Far be it for me to squash someone's Christmas fantasy, especially because if these people buy our house, it'll be Christmas Comes Early At the Cooper's. Because it sure would be nice to miss the whole part of selling a house where I have to make up all the beds every morning and clean up every toy and scrub the sinks and turn on all the lights and quick bake a pan of cookies so the house smells homey. (Which is also hilarious, because when my house is smelling like its own homey self, it smells something like a cross between crayons, chocolate and wet dog. I don't think they make that fragrance as a plug-in.)

Anyway, want to see the difference between Lived In and Moving Out? 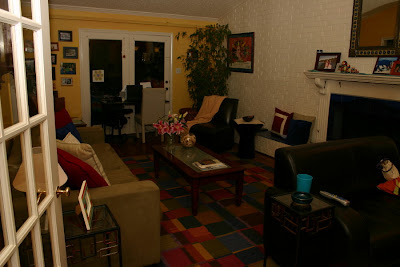 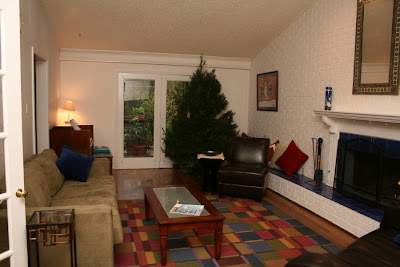 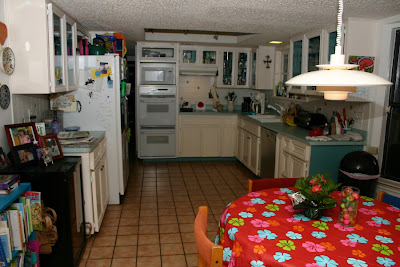 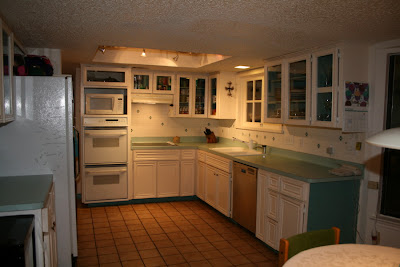 It looks so much better without all the mountains of stuff everywhere, don't you think? Which reminds me, if you haven't yet watched The Story of Stuff, please set aside twenty minutes and do so. It's amazing and incredibly informative and just might make you rethink your holiday purchases this year. And then you won't find yourself in the position I find myself in, where I am actively trying to HIDE or give away or throw out large volumes of stuff that we don't need and never should have bought in the first place.

Which is really more shameful than it is funny.
Email Post
Labels: guilt humor The Great Cooper Move too much stuff

Anonymous said…
I personally like both takes, but the second does seem cleansed of...personality. But you know I'm one of those weird people that WANTED to buy the house that had pictures of the kids on the wall or the one with somebody's dad's army medals displayed in the entryway. I even liked the one that was pristine except for an inch of dust on the top of the picture frames...because it gave me a sense of who was there before.

I guess I'm a geek, but I like to know who I'm sharing a history with.

Suburban Correspondent said…
Everyone ends up doing that, Barb. Actually, I loved my house after I got it ready to sell and it was nice and empty. I felt so free and clean!

Susan said…
I like the Before shots. Sure, the Now shots are all clean and spare but the Before shots look like a family actually lived there. A family who loved, ate, had pets, read books, and were too busy living to worry about a little clutter.
December 13, 2007 at 8:21 PM

MadMad said…
I hate when realtors tell you to clear out all your stuff as if people can't imagine their stuff replacing yours! I liked getting ideas on how to decorate, and seeing how the owner used such and such a corner, or wall, or whatever. I liked your living room before! I would have thought "What a warm, cosy home! I can't wait to put my stuff in there!" I've heard tales of people buying houses littered with gift wrapping paper and toys the day after Xmas! So don't worry - a house sells when it's right for someone, no matter what it looks like!
December 16, 2007 at 7:18 PM