The Rumors of My Demise... (Love Thursday)

Hey! I'm here! I'm here! The rumors of my demise have been greatly--okay --slightly exaggerated. Contrary to what one might expect, my brain did not TOTALLY melt in this heat.

I know, I know...y'all are laughing. Aren't I from TEXAS? Where it's been over 100 degrees already eleven days this year? But see, my parents got here to New York on Thursday and it was cool. In fact, it was so cool on Friday that I loaned my mom some sweat pants to wear. And then BOOM, 96 degrees and counting on the following two days.

The schools here aren't air-conditioned. That's how rare this kind of weather is in June on Long Island.

We've been SO busy while my parents have been here. I think I've seen more of Long Island since they got here than in the previous three months. We've been to North and South Shore beaches, my mom and I discovered an incredible drive-through nursery, we trolled through some shore towns and played all sorts of games with the children, whom we also pulled from school during record breaking (did I mention that?) heat to take for ice cream.

The days have been just PACKED.

Last night we had the block over for dessert, because even the moms of 43-year-olds need to know that their kids aren't hanging out with the wrong crowd. I think we reassured her.

Then yesterday, our beloved baby-sitter from Austin, who just graduated from high-school, ALSO came to see us. Bringing hand-knit socks and hand-dyed yarn. (More about that and World Wide Knit-in-Public Day in tomorrow's post.)

As always, though, the best part has been seeing the world through the kids' eyes. My kids on the beach--it's one of the biggest joy rushes ever. For example, I caught Jane unaware that I was watching her, just totally unselfconsciously dancing with the waves. Seriously, is this the most adorable thing you've ever seen or what? I wish I could animate these for you. 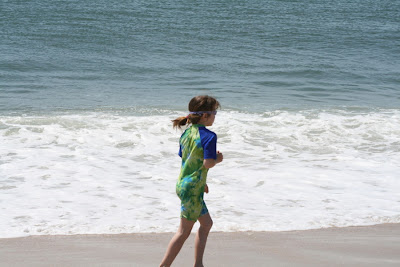 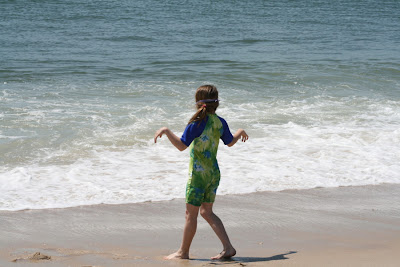 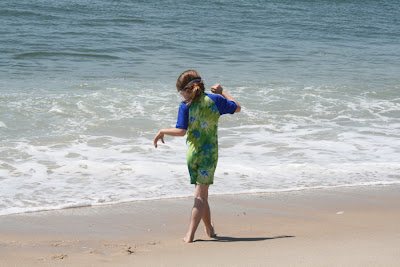 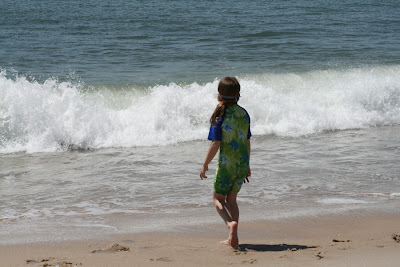 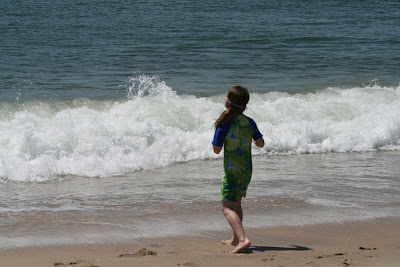 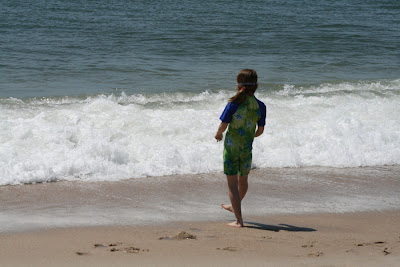 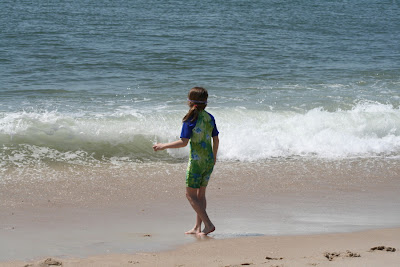 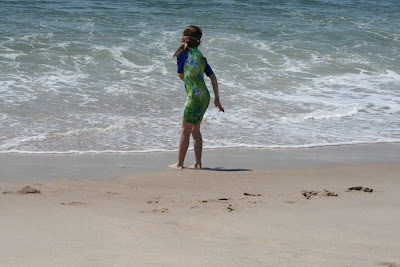 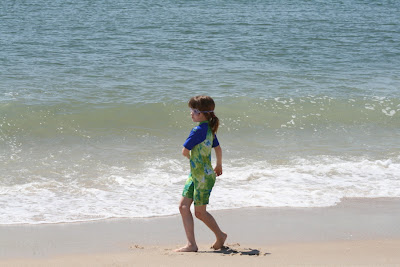 And then, oh my goodness, look at this face. Have I said before that I think those freckles would form a constellation if connected? I know I always say this about my kids but isn't she just so beautiful? 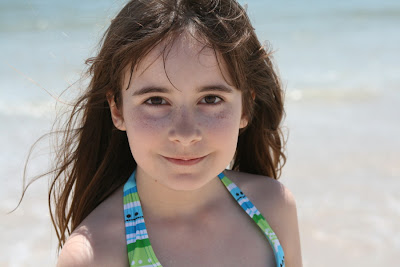 I've missed you guys! I promise to be back to my normal OCD level of blogging directly.
Email Post
Labels: A picture is Worth at Least Ten Words family Jane joy Joy Rush Love Thursday The World According to Jane writing yarn

Suburban Correspondent said…
Missed you, too!

Memarie Lane said…
Where I grew up the average temperature in the summer is 120-130. Here it's in the lower 90's right now and everyone is complaining about the heat. Meanwhile I drive with the windows down enjoying the mild weather!
June 12, 2008 at 10:33 AM

LaDonna said…
Oh, how I would love to have some of your heat. Yes, I really would. I'm so sick of rain and 60 degrees.

DK said…
Oh, wow. You really do have gorgeous, gorgeous girls. Jane looks so free and amazing there. And wow, Ana's just breathtaking.

What good genes will do for you, honestly...