I've written before about what a sap I am about Mother's Day. I can't help it--I think it's part of the programming that comes with the job, like the ability to NOT kill your child after she plays the same song on the recorder thirty-seven times in a row.

THIS year, my kids were more excited than they've ever been about Mother's Day. Granted, they were aided and abetted in this anticipation (Dudes, alliteration on a MONDAY--do I rock or what?) by their schools. (Ana (10) said to me, "The school is VERY excited about this Mother's Day --and I think FATHER'S DAY will be even BIGGER!")

Coop tried to prepare the girls for about a week in advance by beginning every Mother's Day planning conversation with, "Okay, so FIRST we'll let Mama SLEEP IN." The girls assured him they would.

Well, it was a little later than I normally get up when Jane (7) appeared by my bed at 6:30 and said, "May I take your breakfast order, Ma'am?" 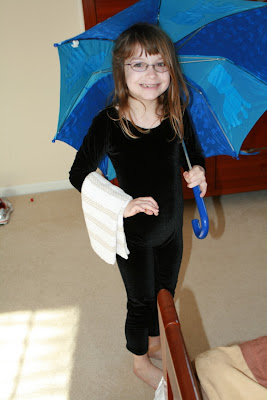 (Yes, she's carrying an umbrella. Why do you ask?)

So then I had my breakfast and I opened my presents. 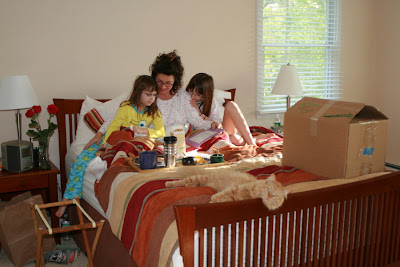 (Note the presence of Edward, just hangin' out.)

(Note also that the box on my bed is not something I forgot to unpack that we've been sleeping with for two months but was actually used by Ana to transport her many presents. Just wanted to clear that up.)

Jane gave me this teacup. Is that the most perfect present, or what? 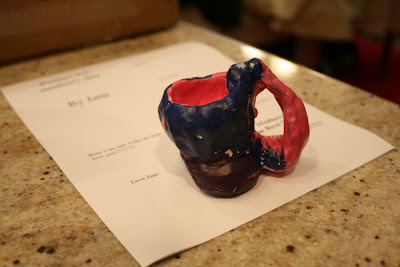 I quite, quite love it --it's like the embodiment of everything that is great about Mother's Day. She also gave me $2. 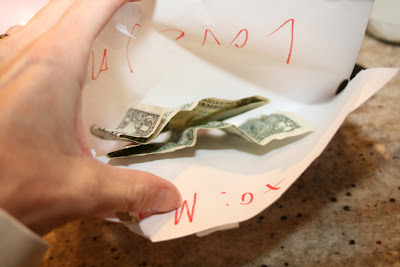 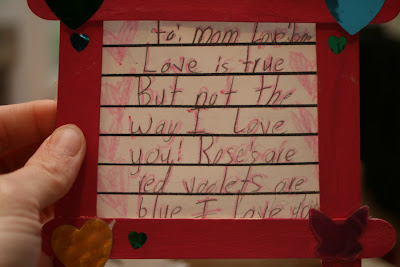 Ana gave me some M&M cookie mix--I think she knows her mama pretty well, don't you? 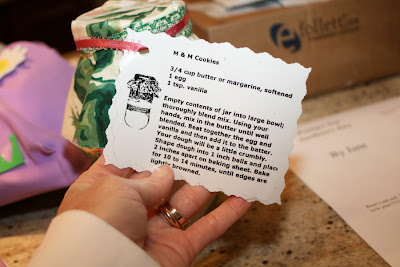 and also this amazing book of things she'd written about me: 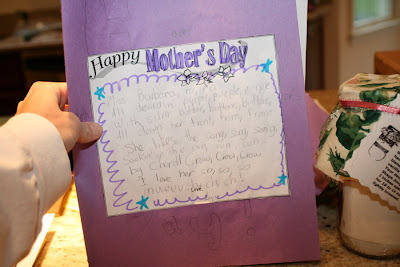 So THEN, I got to do some gardening while the girls and my husband (okay, just my husband) cleaned the kitchen.

I could not be more stoked by this blank canvas I have in our backyard. I started reading a garden design book and DUDES, I almost couldn't sleep! I think partially it's because the people who owned this house before us did some landscaping in the front of the house and every day, I walk outside and feel like someone gave me a big PRESENT. Look at these azaleas!!! 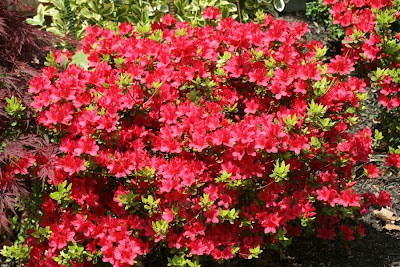 I had no idea what they even were until they just ERUPTED into bloom --because clearly, such a profusion of blossoms cannot be described by simply saying they "bloomed." They EXPLODED into color and now every day when I walk outside, I say a little thank you to the previous owners who planted the azaleas and also, whatever this pink tree is. And the pansies: 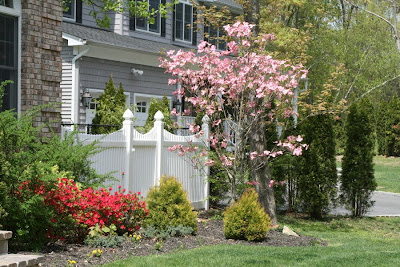 But anyway, I digress. (Fancy that.) I started my landscaping efforts on Mother's Day, which is not entirely unprecedented in my world. Here's a picture I took today so it doesn't look like very nice weather. 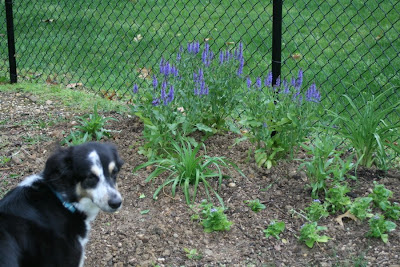 Do you know why that is? Because it's FREAKING FREEZING here. Only, not quite literally, which is good because if it was, I might have to cry, given all the new plants.

So, this doesn't look like much, I realize. But that's the fabulous thing about gardening, you can PICTURE its potential! Perfect thing to do to commemorate Mother's Day, right? Because isn't that what we moms do for years and years with regard to our kids? And then one day, they just erupt into bloom and you realize that someone or someTHING else must have had a hand in raising these kiddos because you've never had that much luck with azaleas before now.

(I also got to go to brunch at Lin's house--if you can call something that ends at 4:30, "brunch" --and I got a little knitting done. I don't want to detract from my beautiful thought about Mother's Day and gardening, though. You know, just in case it's another long while before I get all deep and profound again.

Happy Mother's Day, y'all.)
Email Post
Labels: A picture is Worth at Least Ten Words I love my kids...especially when they're sleeping joy love My Purple Thumb parenthood socks

LaDonna said…
Sounds like you had a wonderful day, Barb! Mine started with good intentions and ended up in the emergency room. My dear hubby spilled bacon grease all over his arm while making my Mother's Day brunch. I think we'll just go out next year.
May 12, 2008 at 12:55 PM

Memarie Lane said…
If it's the potential that's important I must have the most beautimous garden in the world.
May 12, 2008 at 1:12 PM

I loved this. Do you think I could find a way to wax philosophic about going to Ironman and getting my car washed for Mother's Day?
May 12, 2008 at 1:17 PM

And it usually isn't this cold during May - it's freaky lately.

Plant a little corner of lilac bushes somewhere in that backyard - the smell on spring evenings is heavenly.
May 12, 2008 at 1:23 PM

Annabanana said…
I love your azaleas! Ours bloom in January, more or less :-) I think you r pink tree might be a dogwood?

And your new garden is a powerful potential presence of proliferation. (that was fun to read!)

Anonymous said…
Happy Belated Mother's Day. I don't think I've commented before, but I really get a kick out of your blog:)
By the way, it is a dogwood tree, and judging from the size and color of the blooms, I think it's a variety called "Cherokee Brave". (I own a garden center btw, not just pulling that out of my...elbow)
May 13, 2008 at 10:04 AM

Marion Gropen said…
Your children's gifts and efforts are so adorable. They must make your heart brim over!

Since you're coming from another climate, I'll be presumptuous and share some of my favorites for this one.

Rose of Sharon -- they're a cold-hardy member of the hibiscus family, and can be pruned/trained into dwarf trees. Lovely blooms from late July/early August through September/October.

Tulips (if you're not inundated by squirrels or deer) -- buy them wholesale from some place like van Engelens. Get the peony-flowered ones or the parrot tulips.

Tradescantia -- grass-like foliage that's about a foot tall, with lovely 3-petaled flowers. Tolerant of mixed shade, and inclined to spread.

Herbs -- Rosemary won't winter over, but it works as an annual, along with the stand-bys. Keep the mint and the dill in pots on pavement, a LOOONG way away from the dirt.

Berries -- I have good luck with raspberries, as long as I cut the canes down every fall, and with blueberries.

And then there are the things that just don't seem to work for me: stone fruits (peaches, cherries, . . .), and strawberries among them.

Hope that this gives you some ideas.

Oh, and one last suggestion -- do your hardscaping first! A brick path can be set in sand with no trouble, as long as you mortar a set of bricks vertically along the edge. Use a garden hose to outline the shape before you start to dig.

Dry stacked stone retaining walls (if the shape of the land calls for one) are actually fun to make -- think jigsaw puzzle with pieces weighing 50 to 200 lbs -- and make a lovely addition to your garden that will last forever AND support a rock garden to boot.

Mokihana said…
I adore the photo of you in bed with your girls. I used to do the same thing... and then they grew up and moved to their own places. To which I said, "I am NOT ready!"