I never realized it before but your basic kitchen garden is a microcosm of the Geo-political world.

Here, I failed to plan appropriately for population growth, and my support infrastructure leaves something to be desired. 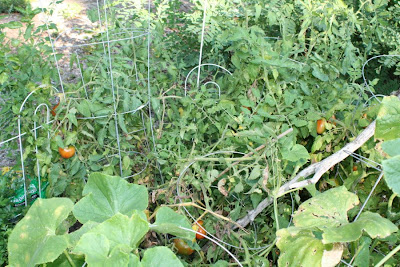 It's kind of like a Newly Industrialized Country of Vegetables.

Indeed, some of the inhabitants keep making a break for it, refusing to be kept imprisoned by their chance birthplace and seeking more freedom to prosper elsewhere. 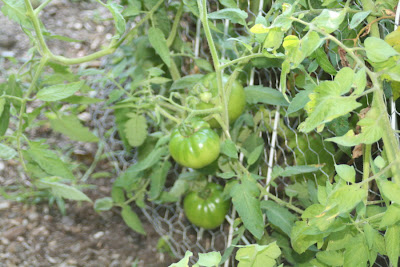 Over in this corner is the New World. This extension was added with planning and forethought, and seems to have everything very tidily growing in the proper support structures. There is plenty of room for everyone to grow in an orderly fashion. 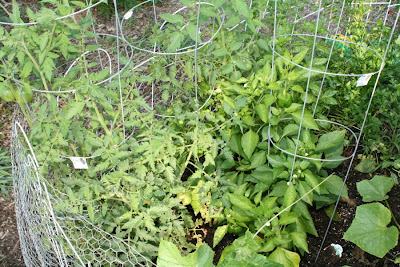 We'll call this part of the garden "Germany."

The problem with Germany, though, is that the vegetables aren't really bursting forth in abundance, the way they are in, say, "Mexico." They have socialized health care, though --great augmented soil and a regular vitamin infusions --but with one or two exceptions ( 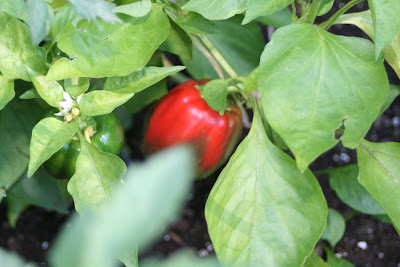 ) (Yes, I just used a parenthetical picture. What's your point?), they seem content to grow slowly and methodically. We've had something of a cool snap recently, so maybe the global climate isn't as conducive to mass production over in that side of the world. (This whole analogy is going up in smoke when the bell pepper crop comes in, though. Mercy, it's going to be HUGE!)

Meanwhile, in Mexico, we have huge, huge production but due to a lack of infrastructure, we're having a hard time harvesting before things start spoiling. (We have to hoist Jane (7 and tiny) over the fence and into the middle of the country--er--tomato patch to do our harvesting. She doesn't always feel like being hoisted and she has something of a point.) (Dang child labor laws.)

Due to an inefficient and apathetic border patrol, 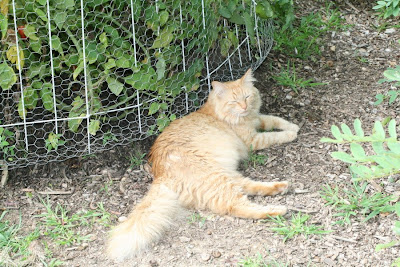 we have had some tragedies.

We've had some trouble from neighboring countries who have sent in armed guerrillas on raids. 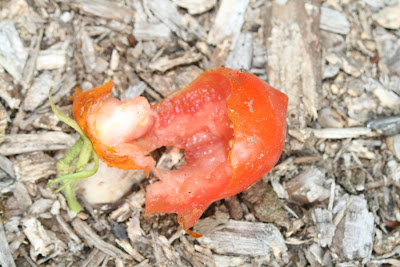 This, despite the fact that we've been throwing a certain amount of produce that doesn't meet export standards outside of the fence. (I know, I know, dumping our waste on unsuspecting third world nations!)

We've lost a few of the inhabitants due to border incidents. 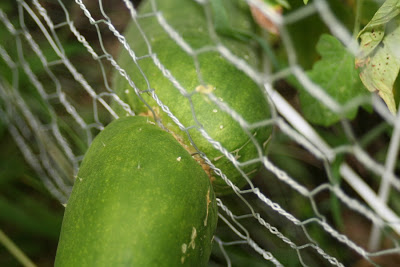 Even more ominously, we've had a few air strikes from extremists who will fly over, stab one hole in a tomato and then flee. This makes NATO (North Atlantic Tomato Organization) very, VERY cranky and it has dispatched an unarmed peace-keeping force to the region. 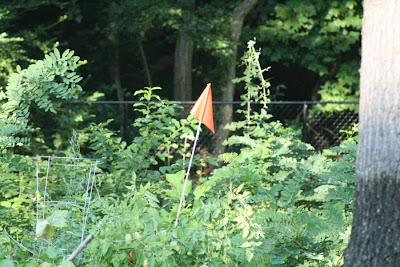 Everyone openly scoffs at the little fancy-pants flag-waver, though, so this hasn't proven very effective. NATO is considering building a large hawk-like structure as a deterrent but the idea is stuck in committee.

This pillaging is a very big bummer, as you might imagine, because the amount of spoilage due to these unruly thieves has some people wanting to declare WAR unless a peaceable solution can be found. 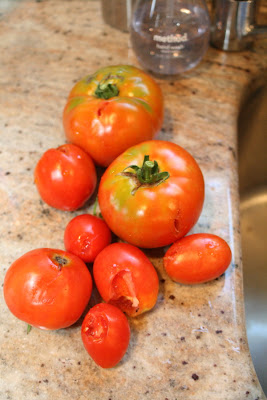 And, of course, in other parts of the world, Switzerland is remaining neutral on the subject. 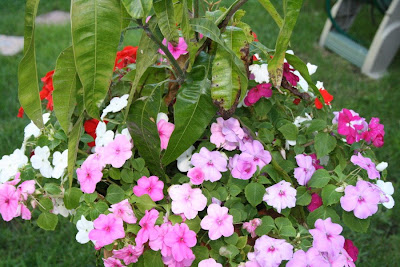 (Um, just to be clear, no national slurs are implied in this post. It's all really just supposed to be a joke.)
Email Post
Labels: Compost Happens Edward Farmer Barb Homegrown Tomatoes humor? Jane Life in the Modren World My Purple Thumb

Over here in Greece, we just wait until there's no food left in the fridge, and then go to the grocery store for tomatoes, because really, we were growing tomatoes long before your little uncivilized nations were even planted. We invented tomatoes. And all other vegetables. Just ask us. Anytime. We'll serve you a cup of coffee that looks like mud and feed you like a pate goose, and be happy to tell you about our superior civilization. You know, when we get around to it, and as long as it doesn't interfere with our afternoon nap.
August 21, 2008 at 10:26 AM

Mrs.Q said…
And up here in Canada, we're apologizing for the lateness of our tomato crop. Really, it's not our fault, the weather has been uncooperative and we have a shorter growing season. Still, we deeply regret any inconvenience we might inadvertantly have caused, and will have a Senate committee struck to look into the matter.
August 21, 2008 at 11:19 AM

Ann in NJ said…
I was going to leave a pithy comment, until I saw the previous pithy comments, and I can't even compete.
World 2, NJ 0

I think I need another cup of coffee before I can attempt commenting. But I'm completely jealous of your crop anyway - we've given up and the deer have taken over.
August 21, 2008 at 11:34 AM

My garden is a garden without borders. Unless you count the Great Walls of Trying To Keep It In Order.

Anonymous said…
Oh, how I love this and can totally relate. I think humor is the only thing that keeps us gardeners from mowing it all down and creating a concrete jungle instead.
August 21, 2008 at 1:17 PM

Unknown said…
OMG i laughed out loud when I saw Edward as border patrol!!

But excuse me? Where is Canada in all this? we can politely raise your food for you but you'll have to agree to call them tomatos/les tomates and affix a bilingual label that meets our specifications
August 21, 2008 at 1:32 PM

Amanda said…
In Australia, we just have a beer. And none of that Fosters crap either, a good brewed in the bottle pale ale.
August 21, 2008 at 2:37 PM