My husband has always coached our girls' soccer teams. He was the high school soccer team captain and he played soccer for his undergrad university and in general, he loves the sport. Plus, he's a supportive and involved dad so he likes to participate with the girls and to encourage them.

This has stood our older daughter, Ana, in good stead because she gains confidence from his confidence in her. She trusts his counsel and she enjoys doing activities with him.

It has badly misfired with our younger daughter, Jane, though. She doesn't want to share her dad with the other girls on the team and she doesn't even want to BEGIN to give her dad the idea that she might LISTEN to him. It's been a very frustrating, endless soccer season for Coop because he leaves work early to make sure they can get to soccer practice and he gives up his Saturday mornings so that he can drive Jane to the field and watch her mope around and not even try when the rest of her teammates are trying their hardest. It's especially galling because she's such a natural athlete and she would be a great player if she would try. PLUS, she WANTED to play and now we have to threaten and bribe her to get her to finish out the dang season. Coop has vowed that after this season, he'll never coach Jane again.

So, imagine his chagrin when, last night, she fired him.

"Dad? Can you NOT coach me? Just coach the other team, okay? Because when Coach [insert name of Coop's co-coach] coaches me, I score goals." 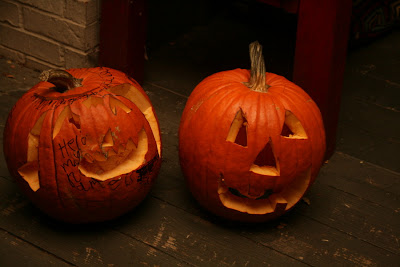 Last week, Ana and her dad were having a serious talk about cursing. Ana wanted to know if "crap" was a bad word and Coop explained that it wasn't so bad in the grand scheme of things but it wasn't a GREAT word and she should probably avoid it. So, then she whispered, "Dad? Is F - * - C - K a bad word?"

Coop said that YES, it was a VERY bad word. It might just be the Mother of All Bad Words. A TERRIBLE word and that she should never say it, especially at school. 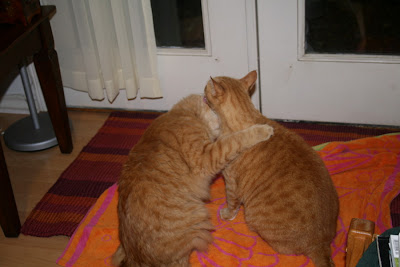 (Okay, I was going to add some pictures just for interest and to break up the text and then I accidentally hit "publish" instead of "save." So, um, interesting pictures will be added to some future post. I so miss my brain.)

(No, I couldn't stand it. Had to add the pictures anyway. The cat picture makes me laugh.)
Email Post
Labels: Coop humor kids Kids Say the Darndest Things parenting The World According to Jane

I was going to leave a long comment about my own experience as a child with That Word....but I think I'm gonna co-opt the idea for a blog post instead! (And no, there's no recording of last week's performance. But I'll let you know if one ever comes available! You're totally great for my ego, you know!)

hokgardner said…
I knew I was cursing way too much when I dropped a container of blueberries in Central Market's produce section. As I watched the berries shoot in every direction, I heard a little voice behind me say, "Son of a be-itch." Lily has developed quite a southern twang, and many of her monosylabic words come out polysylabic.

Anyway, I managed not to curse in that particular situation, and I resolved to watch my mouth better.

suchsimplepleasures said…
i miss my orange tabby. i'm sure that i had much more to say about your post...like, how great it was and stuff but..the pics of the orange tabbies reminded my of a cat we had, cupcake...oh, i loved her! we had to get rid of her because she was pooping all over the house but, she got adopted almost immediately..anyway...i enjoyed my first visit to your blog and it won't be my last.
November 2, 2007 at 6:36 PM

Damsel said…
Oh, poor Coop! What a dedicated Daddy, though.

Lynn said…
One of the things I like about being a parent is the opportunity to see my choices reflected in my kids. I love it when I see a good character trait that the children's father or I have polished, show up in them. [For all his faults, which are teeth-grittingly aggravating, he is perhaps the kindest person I know.] And I cringe when I see something I struggle with, manifest in their words or actions.

They pick it all up, the good and the bad, add it to what they brought with them when they came to earth, and if we are very blessed and very lucky, turn into people we are happy to have sitting at the table with us.

But oh! those course corrections [theirs, ours] are never convenient, and rarely welcome at the time.

Poor Coop! Give him a big ol' hug. And on the other hand, how marvelous that you are raising a child who is able to articulate her needs. Tact may follow on its own schedule.
November 3, 2007 at 8:32 AM

MadMad said…
I love the stuff kids say. Also the kitty pic. Also that you hit publish instead of save. I've done that. It was bad. Very, very bad. Then I panicked and had to delete post (almost chose to delete blog instead of having that out there!) with all the notes, and hours of work already on it. Oh well. Life and learn.
November 3, 2007 at 10:08 AM

Anonymous said…
In my defense, I swore in order to demonstrate to my daughters what an unattractive behavior it is. I did it FOR them. Considering the fact that they both swear, I guess it didn't work, but that was my plan. That's my story and I'm sticking to it.
hokgardner's mom
November 3, 2007 at 10:43 AM

I like DaMomma's approach. Like with alcohol and staying up late, somethings are for grownups to use, and some things are not. Grown-ups are *supposed* to have the skills to use words like (and things like I mentioned) that in appropriate circumstances. Of course I've never told my kids that. I just apologize and say I'll try to do better, because that is what I want from them too.

Lynda said…
Can Coop bench her? If she won't play for him, as the coach, can't he just put her on the bench and if she wants to play, she'll shape up, or does the league make it so that all the kids have to play a certain amount?
November 3, 2007 at 10:05 PM