Tomorrow, we are due to leave Alabama. I'm not sure I can go.

I think I could leave the tomatoes. Maybe. Because tomato season doesn't last forever (and in these parts, most people haven't even HAD a tomato season. My father-in-law is just gifted that way. He's got a bumper crop.) They are SPECTACULAR. 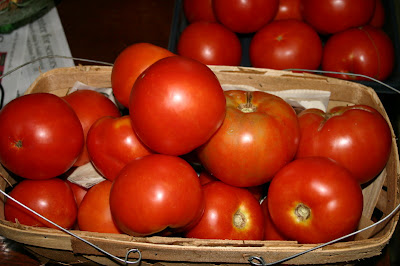 But we've decided to stay another day and it has nothing to do with tomatoes at all. It's this guy. 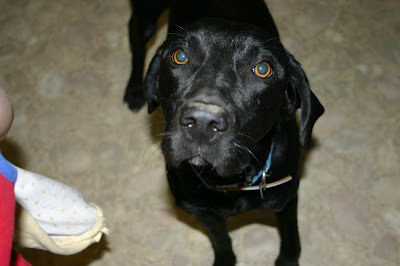 His name is Sam. 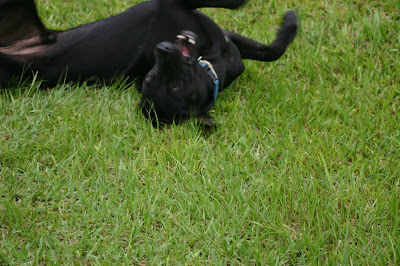 He's a Labrador/Weimeraner mix which basically means he is a black Weimeraner. You know, like those dogs made famous by William Wegman in those incredibly strange Sesame Street videos where the dogs were dressed up in human clothing? Bizarro. But now I know how those dogs put up with all that and never lost their tempers, because Sam has the best personality of any dog I have ever met. Even at nine months old. 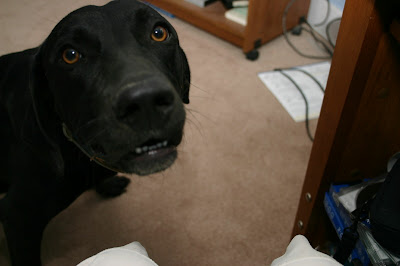 He has stolen my heart. 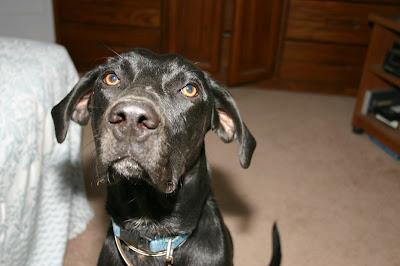 This is his best friend. 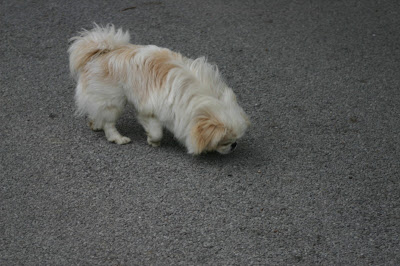 This dog's name is Scoobey and he lives next door. Every day, Scoobey either comes over and sees Sam (he has twin two-year-old boys at home so you can imagine he's eager to get out of the house) or Sam goes over to his house. Dogs in Alabama do not have those pesky leash laws to deal with --they all just run free.

Anyway, I have even cuter pictures of Sam but Blogger just hates me when I'm uploading pictures from Alabama. I don't know why. Had the same problem last night.
Email Post
Labels: dogs family Homegrown Tomatoes humor Sam Why I Totally Could Rule The World

DK said…
Ohh! Sam has a best doggie friend! That's awesome! He's so cute. Ohhhhhh! Does he like older women? Maybe we could set him up with my Maggie. She's a good catch, you know.