This has NOTHING to do with the fact that I was petting Thomas and he, in a paroxysm of rapture, rolled over and fell off the bed and I started giggling and couldn't stop. I mean, the cat weighs almost 20 pounds and he just... FELL OFF THE BED.

Every time I think about it, I kind of have to stifle a laugh.

(He was perfectly fine and came back up for more cuddling.)

(Dude fell off the bed. Snort!)

I'm a bit stressed about the whole house inspection thing. You know why?

No, I am. I really am. There is not a thing I can do about what is found by that inspector and yet, here I am, running financial possibilities through my brain and trying to remember if I ever disclosed that the ceiling fan in the spare bedroom only works at top speed. (Hello, hurricane!)

The other big stress in my life right now is the transportation of our pets to New York. Well, specifically Sydney. I figure Scout will be unbelievably traumatized and then, five minutes after we're at our new house, he'll forget that he was ever on an airplane or in the back of a van as we drove across Manhattan. Seriously, if you look in one side of that dog's head, you can see all the way through to the other side. But since he's so incredibly high strung and neurotic, this is a good thing. Sort of like a daily (hourly?) lobotomy. He doesn't stay traumatized because, oh look! Something shiny!

The cats are coming on board with us, which should be just hysterical. We get to carry them on as hand luggage. (Coop and I are going to flip a coin to see who has to carry Thomas.)

But Sydney... well, I've written about her many times over the past six months because every day with her is a gift now. She's fifteen. She had a stroke this summer. I didn't think she'd see the end of the year but she HAS seen the end of the year and not only that, she's in GREAT shape. She still runs for the ball, she still loves to be petted and man, the dog is VERY interested in her food. She's cantankerous, sure, but I mean that in the mostly hilarious way. It's like she no longer thinks she had to obey any rules. Periodically, she just takes herself on a walk. She growls at the cats, she's developed this total "selective" deafness and sometimes, even if I'm sitting right there in the living room, she just hops up on the sofa. Because she's the grandma and what am I going to do, spank her? I don't think so.

Anyway, she's not a death's door. But she's also no a spring chicken, you know? And she's never been on an airplane, there will be no one there to reassure her and she's got to go into a crate and in the (pressurized) hold of an airplane for three and a half hours. I think it will be terrifying.

Plus, I guess there's no certainty that the vet will give her a certificate of health to fly. We'll find out this week. And if she CAN'T fly, that means one of us will have to drive her and that's at least three days in a car, which will ALSO be very hard on her. And the rest of us.

So anyway, there's some stress there. 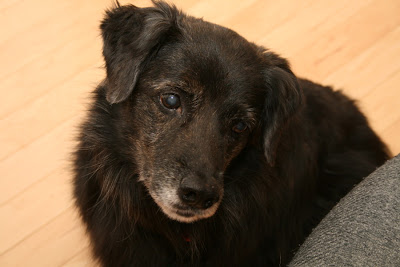 Okay, back to the weekend. The girls and I drove up on Friday and surprised my mom by arriving early. Coop flew in and we all met up at my mom's house. The girls stayed with my parents and Coop and I went to a hotel because there were a lot of house guests already for this shindig, including my step dad's 86-year-old mother. (Who, by the way, had been DRIVEN to Texas from Ohio by one of his sisters.)

Anyway, Coop and I went to a hotel and at some point, he said to me, "What is this, the third hotel I've stayed at this week? I'm not going to know what to do once I live in a house again. I'll be so amazed at the enormous bottles of shampoo."

(Okay, so that just made me laugh out loud again.)

The photo shoot was Saturday morning at 10:00. I haven't seen the photos the photographer took yet but I took a ton of pictures and some other people took pictures with my camera. My little grand-nephew, Kaleb, was there and he was such a little cutie-pie, we all took lots of photos of him. My older daughter Ana was just a SAINT with him, but even Jane was amazingly sweet and they kept him occupied for much of the photo shoot and the party. Given that he is three and a study in perpetual motion, this was greatly appreciated by everyone. 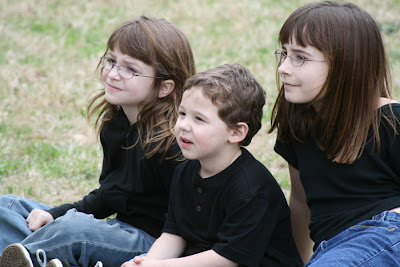 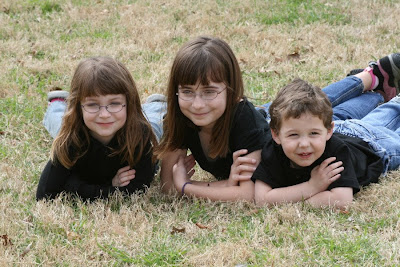 Here's a picture of my parents with the four of us kids. 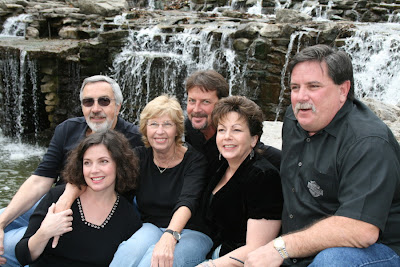 I'll spare you the six million other pictures and just show you this one which is what happened when Kaleb thought the candle on the cake was a cookie. (Which, I might add, is something I have done myself. And I'm 40 years older than he is.) 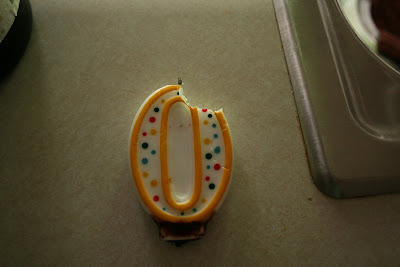 Unknown said…
Oh I'll be keeping my fingers crossed for your inspection & Sydney and all that.

Coop made me laugh with the shampoo bottle thing too. Watch out for him, he may pull a Devereaux and use an entire bottle in one sitting. :)

Anonymous said…
Well, assuming Syd IS okay to fly, the vet will be able to give her something to relax her, won't she? I mean, I was reading about her being in that crate in the back of a plane and I got a tummy ache. Poor Sydney.

My sister, when we were kids, fell off a seat on a streetcar late one night and I still laugh out loud when I remember it. It's funny when people (or cats) fall down.

Mon said…
Gotta love a dog that has "found" herself. Seriously, I feel your pain, I drove my then 15 year old cat from California to Montana 3 years ago, he did fine, and is still doing fine, the old fart...I'm digressing in your comments. I'm sure Syd will be OK, but the stress is completely understandable.
March 3, 2008 at 7:53 PM

Suburban Correspondent said…
Sedatives, if you have to fly her; but why don't you put the dog in one car, the kids in another? Or is it hard to find places to stay that way?

Once you get through all this and look back, you will not believe how much stress you have been under.
March 3, 2008 at 8:13 PM

TheOneTrueSue said…
Yep, sedatives. Our vet offered them for our drive to Las Vegas. I declined but said I'd take some for the dog. (rimshot)

Barb Matijevich said…
The airline said we can't sedate the dogs because, let me tell you, taht would certainly be the way to go for Scout. He needs heavy sedation just to go to the corner. He's VERY carsick. Ick--I think I'm still dealing with PTSD from the alst trip anywhere with him. Barf-O-Rama.

SC, we sold Coop's car already and that just leaves my van. We would rather ship it than drive it because, that's almost four days out of our lives and then we have to figure out what hotel chain will let us bring FOUR PETS overnight. I'd do it for Sydney but the rest of the bunch are flying. I just wish I could BE with Syd. Because she's going to be so scared.

Anyway. I am definitely stressed now. My mom is here visiting.

Lynn said…
Well driving wouldnt be SO bad on the cat. I've driven from NY to FL with 4 cats in a honda. I let them roam the car and once they inspected it, they were fine. and I find that the older ones handle it better than the younger ones.

Anonymous said…
Poor Sydney! I loved hearing how she makes her own rules now, when my old Rottie/Lab mix got really old, she not only got on the couch, she'd stare at me until I gave her the good spot.
Good luck with the move!
March 4, 2008 at 9:34 AM

LaDonna said…
You should go to Sam's Club or Costco and buy Coop one of those gallon sized shampoos for your bathroom! He certainly won't have any idea what to do with that :)

Good luck on the home inspection, and I hope you are able to get Sydney cleared to fly. Strange that they don't want you to sedate them. Even just something mild to keep them relaxed. Hmmm...

I totally understand what you mean about having the van shipped. We had our car shipped out to Seattle. The only problem is that it took FOREVER to get there...like almost a month. Thank goodness my company got me a rental.
March 4, 2008 at 1:42 PM