Since Edward has taken over the blog for the past week or so, I thought I'd go around and take some quick photos of the rest of our family. 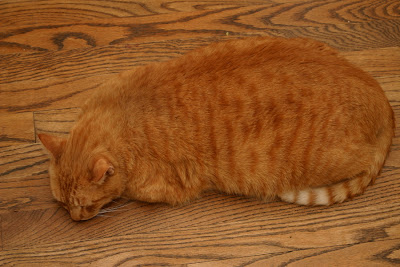 Here he is wanting to go outside. So, he, um, sat there for about, oh, an hour. He's only vocal about food. His brain is the size of a walnut. I'm not saying he's dumb, really, but I'm just... um, saying. 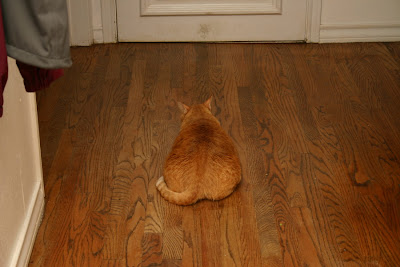 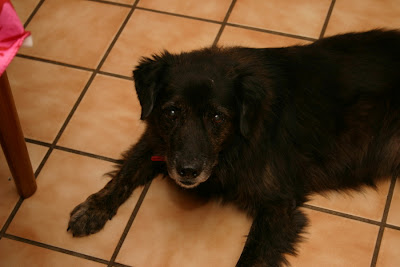 Here is Scout, who really just wants to play fetch. All fetch, all the time. His brain is the size of a walnut, too. 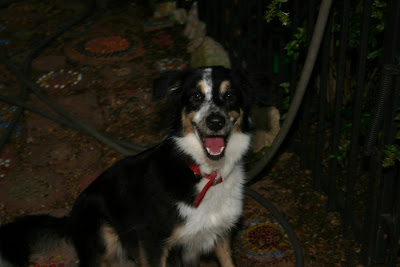 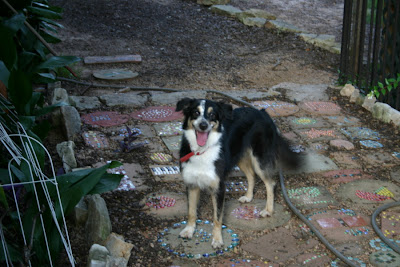 Here are Ana and Jane frolicking about in the pool. They really are such little fish. 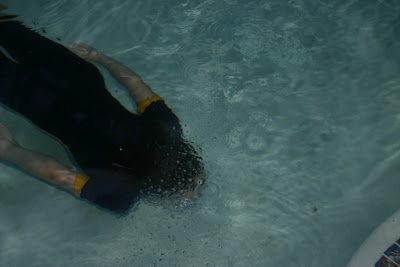 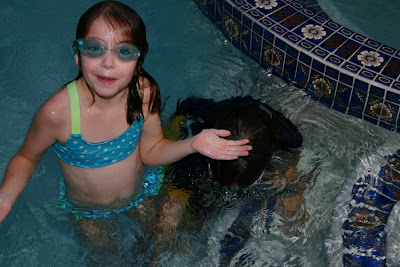 Here's Jane after Ana kicked her in the nose. 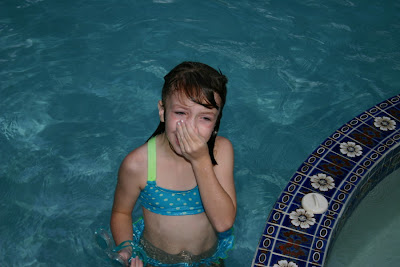 Here's Ana trying to look increasingly remorseful as she sees my horror. 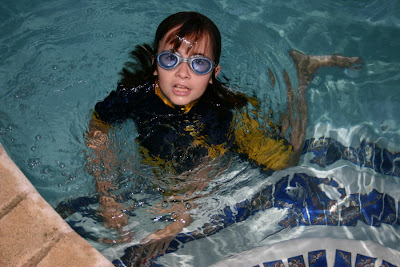 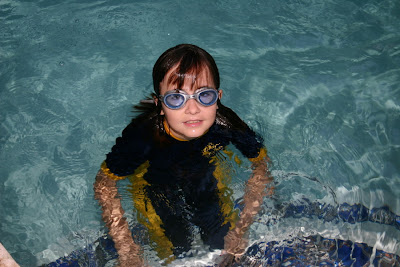 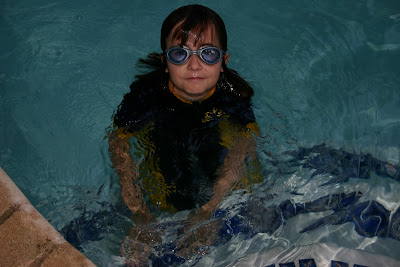 My husband is in San Antonio at a Rush concert. I'm so bummed out not to be there --bwahhahahahaha! I kill myself!

(Honestly, I went to a Rush concert once with my husband and it was actually not only really good music by competent musicians but it was also the shortest line of any women's restroom I have ever been in at a concert. Still, I was glad to let the man go with his friend Keith. And you know what, given that he found my kitty, he can go to another one tomorrow if he wants.)
Email Post
Labels: A picture is Worth at Least Ten Words Coop family humor parenting pets small things summer what makes a life

Stefanie said…
Am I allowed to have favorites? Because Thomas (isabigfatcat) is my favorite.
August 13, 2007 at 12:29 AM

Barb Matijevich said…
Thomas has other redeeming qualities --like the fact that he is the best napper on the planet. And the fact taht his purr is a little broken so to express appreciation, he sort of wheezes and it's very cute. He's a really good cat. Not so active, though.

Another thing I love about him is that he's a walking example of Ana's huge heart. We were at the pound looking at orange cats and there was this kitten that Ana really wnated. I didn't want a kitten. I told Ana that older cats aren't adopted as readily as the kittens (which is true but I probably shouldn't have said it.) So, that was that--she was NOT leaving THomas there. He's her CAT.
August 13, 2007 at 11:14 AM

Anonymous said…
just caught up with your blog after a few days and delighted to hear that Edward is found and well.
August 13, 2007 at 4:38 PM

Anonymous said…
OMG! My Mackie could be Thomas' twin brother! They look alike, they sleep alike - it even sounds like they BREATHE alike (I never thought a cat could "snore" before I heard Mackie).

I hate that Eddy V. is not "letting it all out" - DOES prune juice work on cats? I'd have to crate ours or lock them in the bathroom to find out.

My 10yo's cat Charlie was missing for a very LONG six days when she was 8 and we papered the neighborhood, knocked on doors and prayed every night. At 9pm my DH and I were coming home from Grandma's house with the kids, they went into the house, and we went back to the car to get a couple of things when we heard such a pitiful mew we both froze. He was hunkered down in the corner of the 2-doors-down neighbor's porch too scared out of his little furry mind to make his way back home again (indoor cat - not been outside since he came to live with us). My DH went to bring him home and all 4 of us just plopped on the floor in a circle with him in the middle crying happy tears that he came back to us. Suckers with cats? Cats with humans wrapped around their paws? YOU BET!! And dang proud of it, even though other people think it's nuts that the cats in our house outnumber the humans. YOU ARE NOT ALONE, and YOU ARE NOT CRAZY!!! (Or we are too and you have lots of company!)
August 13, 2007 at 7:47 PM